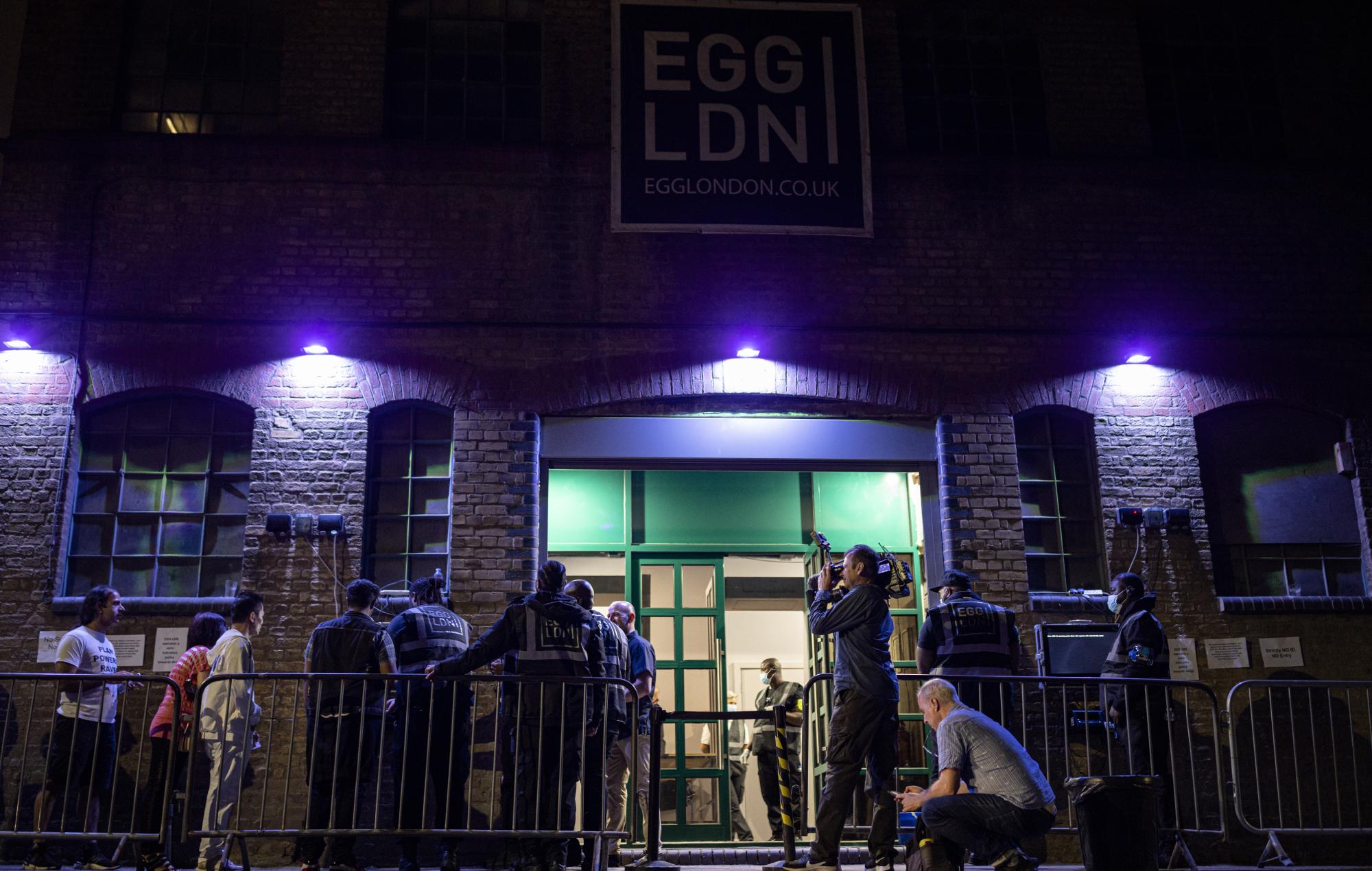 Egg nightclub in London’s King Cross lost approximately £20,000 per night while it was shut during the coronavirus lockdowns, its managing director has said.

Hans Christian Hess revealed the figure in a new interview while he expressed feeling “apprehensive” about the UK government’s introduction of COVID passports for club entry at the end of September.

The managing director told My London: “We’ve been shut for 18 months and it’s been really hard. Brexit together with COVID has definitely been an issue. Bills are adding up and authorities are not helping with the guidelines and restrictions. It’s been a nightmare.”

Since reopening on July 19, Egg has required a negative COVID test result for all those wanting to enter the venue, which Hans said “works really well”.

Among other measures, Egg has installed air conditioning for proper ventilation, new coronavirus-proof hand dryers and temperature checks at the door as well as training up staff on COVID protocol. Hess claimed that the club hasn’t had issues with spikes in infections so far.

“We’re happy. We’ve been quite busy. People have been getting down and the vibe has been really good,” Hess explained. “We’ve had lots of young people, which is really good for the younger generation and those who haven’t experienced nightlife before.”

But he added that “bills are adding up and authorities are not helping with the guidelines and restrictions. It’s been a nightmare”.

“It will be really difficult for us,” Hess said in light of the new COVID passports, which will require anyone wanting to enter a nightclub to be double vaccinated. “I’m feeling a bit apprehensive.”

Michael Kill, CEO of the Night Time Industries Association said last Wednesday (September 1), that the government’s decision to proceed with the move “is disappointing as it will cripple the industry”.

“Surely the government can see this is not workable. The challenges are endless, and the sector will be hit extremely hard by this decision, embroiled in discrimination cases, staffing and supply chain shortages, tourism and so on,” he said in a statement.

Other environments are also to be included in the government’s new plan to help curb the spread of the virus. Full details are expected to be announced soon.