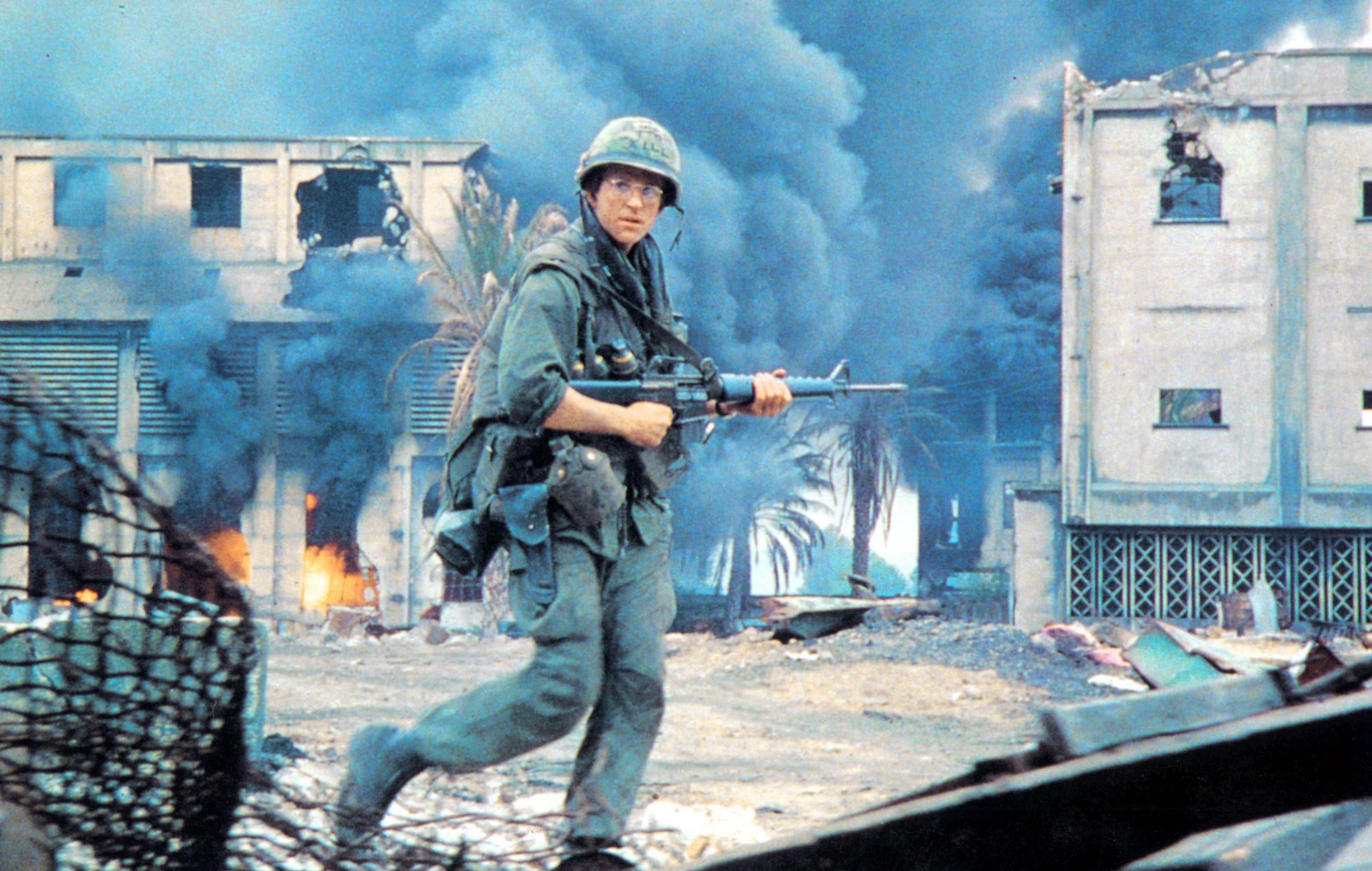 The soundtrack to Stanley Kubrick’s wartime classic Full Metal Jacket is to receive a vinyl reissue.

Mondo Records and Death Waltz Recording Co. are overseeing the pressing, which will coincide with their 10th anniversary release campaign.

The soundtrack features tracks from Nancy Sinatra, The Trashmen, The Dixie Cups and music from Kubrick’s daughter Vivian, who went under the pseudonym Abigail Mead for the film. All will be pressed onto a camouflage vinyl, with cover art by Alan Hynes who has formerly created work for The Black Keys, Queens Of The Stone Age and Jack White.

Additionally, 30 limited-edition, hand-poured discs of the soundtrack will be released alongside the vinyl. All special edition purchases will come with a two-pack of army men and flags, with their own bag and header cards signed and numbered by Hynes.

In a statement about their 10th anniversary celebration, Mondo and Death Waltz Recording Co. label managers Mo Shafeek and Spencer Hickman said: “As two fans of film, film music and vinyl we honestly couldn’t think of a better way to spend our working days.

“And if you think the first ten years have been fun, just wait! We feel like we are just getting started.”

The 10th anniversary campaign takes places across September and October. A release date for the Full Metal Jacket reissue is yet to be confirmed.

In February, it was confirmed that an unmade Stanley Kubrick screenplay is being revived and made into a feature film later in 2021.

Lunatic At Large will be adapted by producers Bruce Hendricks and Galen Walker, who have optioned the rights to the filmmaker’s archival project, Variety reports.

Three film stories were found in Kubrick’s library after he died in 1999, and Lunatic is the first to be revived.