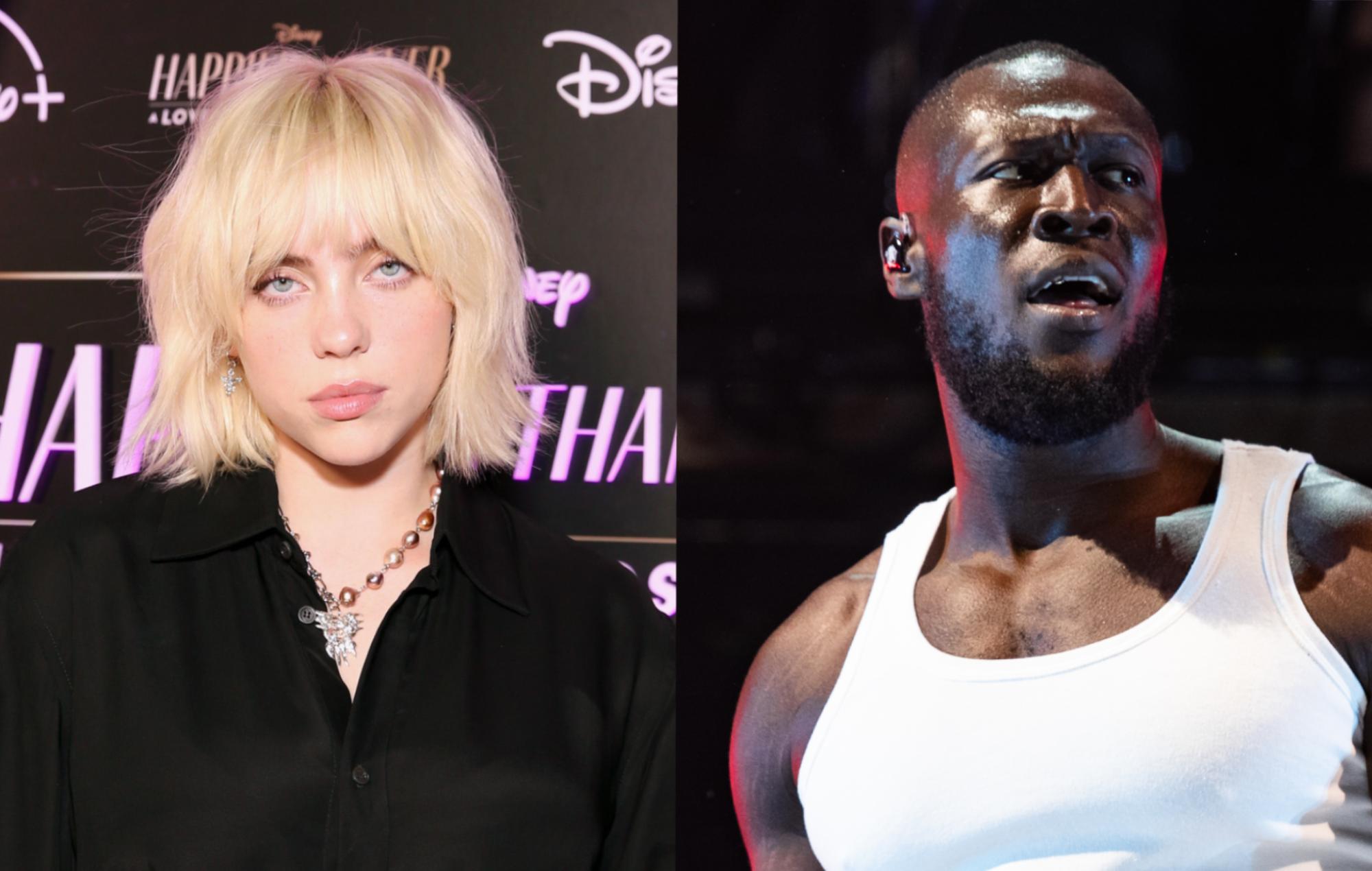 Billie Eilish and Stormzy have discussed what success means to them now after both achieving worldwide fame and critical respect from their careers.

The pair, who interviewed each other in i-D‘s ‘The In Real Life’ autumn issue, were speaking ahead of the release of Eilish’s second album ‘Happier Than Ever‘, which dropped in July, and Stormzy’s recent “rockstar” turn at Reading Festival.

When Eilish asked the grime star what success and failure means to him, he responded: “How I define success has changed. When you’re younger it’s easier. It’s cars, money. Now it’s so different. My idea of success is having time. Do you know what I mean? Having time to make music. Having time to spend with my family, to chill with my bredren. Time to go on holiday, see new places.

“A lot of people think success is something you have to sacrifice time for, that success is being busy and having no time to see any one or do anything, but I want to spend time with my nephews, with my mum. I want to have a week to relax.”

Elish agreed that “time is priceless”, adding that it’s “underrated and under appreciated”, but said that for her success means “joy”.

“I’ve learned recently that if you do these things because they’re a cool idea, they pay a lot of money, or they’re gonna get you this big campaign, but they make you miserable? That’s not success,” she said.

“It’s different if you really care about something and the process is miserable but it makes you happy after the fact. Then that’s valid, and worth it. But why make yourself miserable? Success is internal. It has nothing to do with anyone but yourself. Joy and love for yourself.”

When quizzed by Stormzy on what she considers to be failure, she answered: “I’ve felt like a failure a lot in my life. And it’s really easy to feel like a failure when so many people are looking at you and telling you you are one. It can be hard not to believe them. I grew up with the internet. I use social media for the same reasons everyone else does, and you come across these videos saying you’re ugly and you suck and you’re terrible and that makes me feel like a failure.

“There are other things too, more concrete things, like when I disappoint myself, when I don’t feel how I said I was going to feel, or do the things I said to myself I was going to do… but failure is an interesting thing because, like success, it’s really only in your head. You can literally physically fail at something but it can still be a success, and vice versa. Success and failure are all only about your perspective,” Eilish said.

In other news, Eilish has spoken out about Texas’ restrictive new abortion laws, saying “I really wish men cared more”. Stormzy, meanwhile, has said that one of his “proudest moments” ever was when Madame Tussauds London unveiled their authorised wax figure of him in August.

The post Billie Eilish and Stormzy define what success means to them now in new interview appeared first on NME.