Attendees Slam Elements Festival for “Unsafe” Lack of Infrastructure, Wait Times of Up to 16 Hours 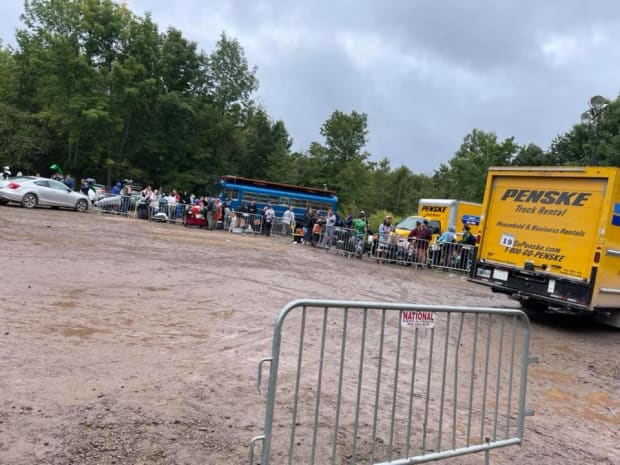 Social media has been abuzz with Fyre Festival comparisons and rumors of attendees contemplating a class action lawsuit.

According to a slew of irate attendees, the 2021 edition of Elements Music & Arts Festival lived up to its name after a storm ravaged the campgrounds—and the event’s infrastructure.

A public Facebook group developed to air grievances against the camping festival, dubbed “Elements Shit Show 2021,” has amassed over 1,300 members in less than 24 hours. Its contents paint a grim picture of an understaffed, ill-equipped event with legions of incoming refund requests due to what many have deemed neglectful conduct.

One attendee named Yasmin tells EDM.com that the festival ran out of water and food, and its “unsanitary” restrooms were covered in feces. Another ticket-holder, Nickie Cheung, also criticized the festival’s portable toilets, calling them “abhorrent” in a post shared in the “Elements Shit Show 2021” group.

“I talked to the camp security and they mentioned that a group of tents had actually set up over a sewage drain and some people were climbing over barbed wire fences to go to the bathroom because the portapotties were abhorrent,” Cheung wrote. “There was no guidance on where to and where not to camp and absolutely no oversight or caution as to make sure people stayed safe and healthy while living there.”

Yasmin, who requested we refrain from using her last name for the sake of anonymity, says she eventually suffered a panic attack due to “unsafe” conditions and what she felt was a flagrant lack of support from Elements’ staff.

After arriving at the General Admission parking area at 9:45AM, Yasmin claims she waited approximately three hours to park in a muddy field. She then lugged her belongings to a will call booth to check in, a process which took another hour. “From there, we went through security where they didn’t check any of our belongings,” Yasmin said in an emailed statement. “Then, we waited in another line for about an hour for a Penske truck and a bus (the box truck to load our camp goods and the school bus to take us with). Once we were en route to the festival and campgrounds, the drive took around one hour to get there as there were cars everywhere.”

Once she arrived at the campgrounds, Yasmin says the festival’s staff failed to direct her to her designated spot. “I about lost it,” she continued. “Was seriously having a panic attack. Exhausted. I was waving people down on golf carts who were zooming around and seemed like staff for help. They would look me in the eyes and keep driving.”

Yasmin maintains she was so anxious about the logistics surrounding her Monday departure that she was unable to enjoy the festival. So she packed her stuff on the rainy Sunday morning and took a shuttle back to the dilapidated parking lot, where she found her car stuck in mud. With no Elements staff or security team members there to help, she had to resort to paying the landowners—a local family who did not attend the festival—to use their tractor to tow her vehicle out of the lot.

A video shared in the public Facebook group, wherein a yellow tractor tows a car in a boggy parking lot, appears to corroborate Yasmin’s story.

Elements organizers, who had been searching for volunteers one month before the festival, took to Facebook on the morning of Saturday, September 4th to issue an apology and attribute the disorganization to the aftermath of Hurricane Ida. Days earlier, heavy rains walloped central Pennsylvania after the National Weather Service predicted the area would be subject to one of its wettest days on record, PennLive reported.

“Hi everyone 💖 we would like to take a moment to sincerely apologize for how difficult it was to get into the festival yesterday for some of our community,” the Facebook statement reads. “The logistics team is adapting and working in real time to come up with solutions for any arrival/parking issues that arise from the aftermath of the hurricane.”

That same morning, rumors of attendees contemplating a class action lawsuit circulated on social media. A number of exasperated ticket-holders voiced their concerns after allegedly waiting over 16 hours to arrive at the festival’s campgrounds.

The logistical issues purportedly affected not only the festival’s attendees, but also its performing artists. According to a post published in a separate Lakewood-based Facebook group, which was then shared on Twitter, French electronic music star CloZee allegedly was unable to enter the grounds for four hours.

One person even invoked the disastrous Fyre Festival of 2017 while bemoaning the ill-fated Lakewood event for “poor logistics” and “covid issues.”

According to the festival’s Covid FAQ microsite, all attendees were required to submit proof of vaccination or a negative PCR test to gain entry. We are unable to confirm negligence by Elements Festival personnel, but one attendee asserted that onsite staff “abandoned” safety protocols.

“You needed to prove you got vaccinated to enter, that was so reassuring. That was abandoned,” the attendee wrote, calling the festival “irresponsible” in a scathing Instagram post. “They just let anybody in. No proof needed. The ONLY reason we decided to attend the festival was because they sold it with such a strict covid policy. Once we realized they weren’t scanning the crowd pass or people’s tickets we knew it was a lost cause. Their stringent covid safety policy was a sham.”

EDM.com reached out to Elements Festival but representatives did not immediately respond to requests for comment.