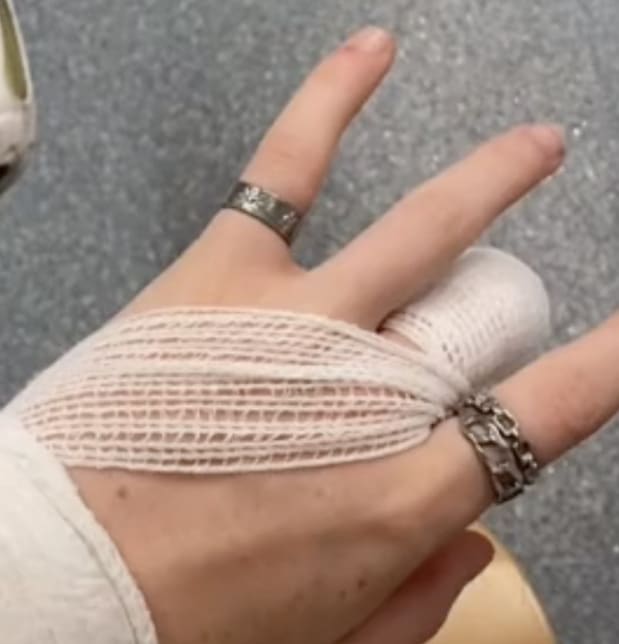 On the other hand, she’s now TikTok famous after a video of the incident went viral.

A woman has a handful of problems after losing a fingertip in a mosh pit at Reading Festival 2021.

From August 27th to 29th an estimated 90,000 people flocked to Reading Festival, one of the largest music fests in the UK. When British rapper Aitch took the stage, 16-year-old Summer Gibbs got caught up in the rowdy mosh pit, which ultimately caused a partial amputation of her middle finger.

Because TikTok is a pre-pubescent wasteland where dignity goes to die, an attendee uploaded a video depicting the immediate aftermath of Gibbs’ injury. In the viral video, a crowd gathers around her as members of Reading Festival’s security team attempt to remove her from the hullabaloo.

Gibbs eventually identified herself as the girl in the TikTok video, which has now been viewed over 3.2 million times, before sharing her experience in a Duet response. She explained that her group had been waiting for Aitch’s performance for an hour and a half, but scores of fans piled in as the artist’s appearance approached.

When Aitch finally took the stage, Gibbs says a mosh pit formed, at which point she slammed into a fence. When her finger had become “clamped in between two of the fences,” she began to fade in and out of consciousness and fainted multiple times as fellow attendees tried to unclasp her finger from the grip of the fences.

“there were so many people trying to get the fence apart and free my finger and because of the adrenaline, i didn’t feel any pain as it was happening,” Gibbs explained.

Gibbs’ video concludes with a photo of her severed finger wrapped in gauze. After being sent to the hospital for X-rays, she says the tip of her finger was fractured and “came off,” and the gruesome injury “will take a couple of months” to fully heal.