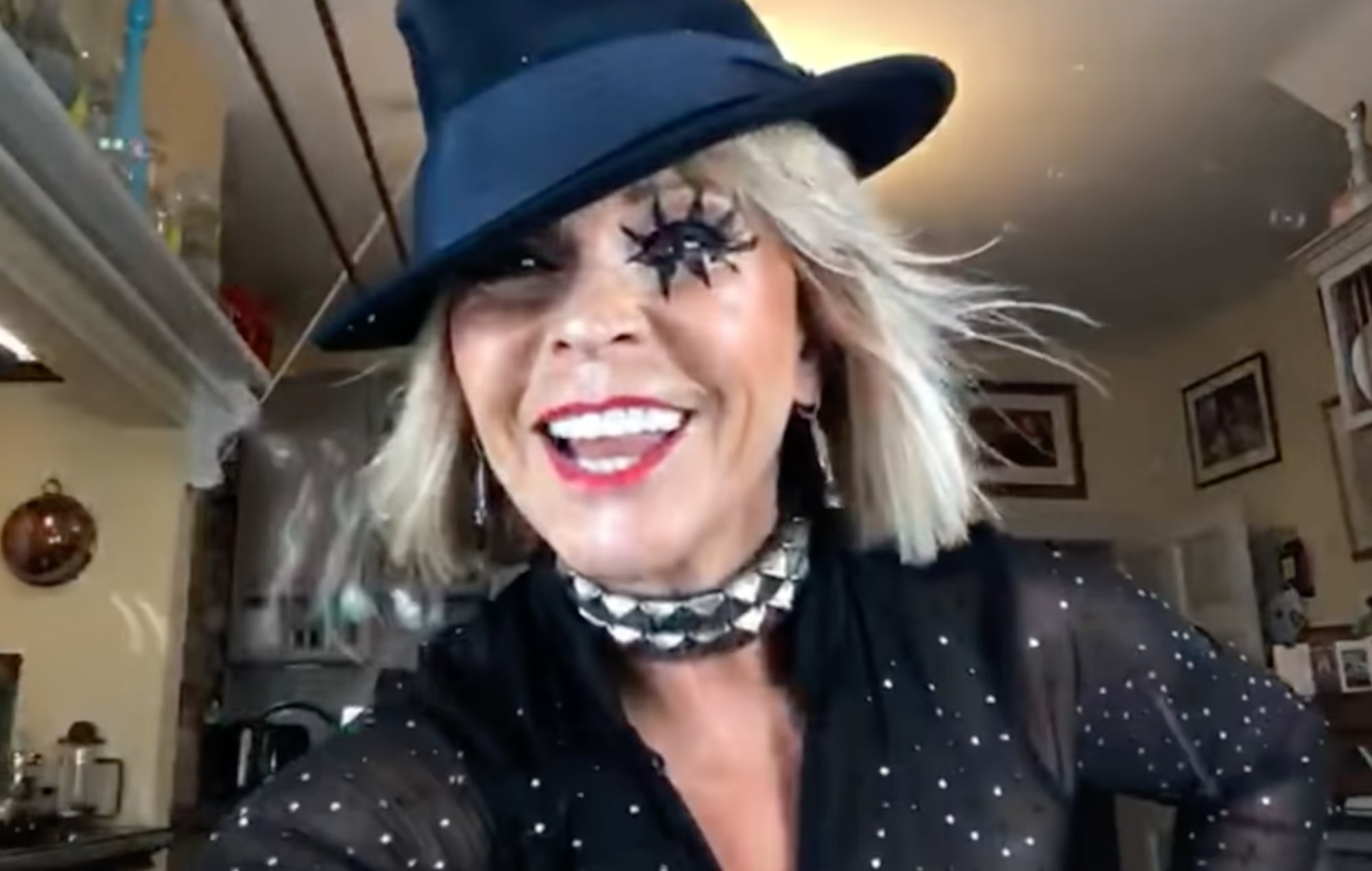 Toyah Willcox has shared a cover of The Doors’ ‘Light My Fire’ in the latest episode of hers and Robert Fripp’s Sunday Lunch Love Letters series.

The videos began as an off-shoot of the couple’s Sunday Lockdown Lunch series when Fripp went on tour in the US with King Crimson.

In the fifth episode, which was uploaded earlier today (September 5), Willcox covered The Doors’ 1967 track from her kitchen. Watching on a split-screen from his hotel room, Fripp introduced the video by saying: “My wife has sent me a viddy! Let’s see what little lovie has.”

Willcox then appeared on screen, saying: “My baby’s coming home in two weeks!” She then launched into the song, which saw her perform in front of a bubble machine and Fripp change his glasses several times. She also changed the words in the chorus to “Come on Bobby, light my fire.” Watch it below now.

King Crimson’s tour dates end on September 11 at Washington D.C.’s The Anthem, suggesting Fripp will return to performing with his wife after that date.

In the Sunday Lunch Love Letters series, Willcox has so far put her spin on Bruce Springsteen and Patti Smith’s ‘Because The Night’, Chris Isaak’s ‘Wicked Game’, Divinyls’ ‘I Touch Myself’ and more.

Willcox recently told NME that she and Fripp are planning to develop their covers series into “a bigger brand”. “The aim is to make our site more like a TV station,” she said. “We’ve loved making the content and we’re going to take it a lot further.

“There will be a product line, but also it’s going to start to run like Toyah and Robert TV. It’s going to become educational in a very unique way.”