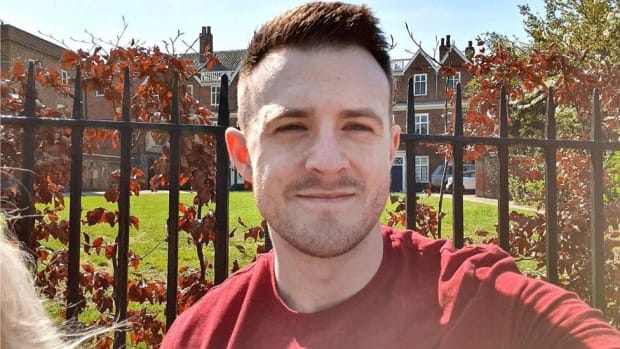 Cousins Ryan and Liam Millen bought their late cousin’s festival tickets, promising his family that they would scatter a handful of his ashes around the event site.

Editor’s Note: Following the publication of this report, sourced from BBC News, EDM.com shared it in an Instagram post. Using his verified Instagram account, Tiësto shared a comment on the post, which has since been deleted in light of the comment’s context: “This is actually not true guys..just a dark rumor someone is spreading.. Pretty weird if this was true!!!”

“I did not expect ‘we blew him out of a cannon,'” said Laura Mitchell, who sent a handful of her brother’s ashes to Creamfields last weekend to be scattered around the festival grounds.

When organizers got wind of the memorial, they facilitated an even bigger tribute to the late Stuart Mitchell’s life: His ashes were fired out of a confetti cannon during Tiësto‘s headlining set.

According to BBC, it was all made possible by cousins Ryan and Liam Millen, who bought the late 30-year-old’s Creamfields tickets from his surviving family. Stuart, an avid Tiësto fan, passed away in July. Described by his sister as “a funny guy with a lot of love,” he left behind a three-year-old son and a family determined to give him one last dance.

“This is a little of my son Stuart’s ashes,” wrote his father, Julian, in a letter to the Millens. “I would be most grateful if you were able to scatter them somewhere at Creamfields, so that he truly went there one last time.”

The cousins took this request to heart, transforming their weekend into a celebration of Stuart’s life. They even had banners printed in his honor, stamped with a photo of Stuart and his son and the words, “this last dance is for you mate.”

When the Millens contacted Creamfields organizers about displaying a banner on the main stage, they ended up getting more than they bargained for. “(We were) absolutely bowled over,” Ryan remembered, when staff offered to launch Stuart’s ashes out of one of the confetti cannons. It was “an unforgettable tribute to someone who was taken from this earth far before his time,” he added.