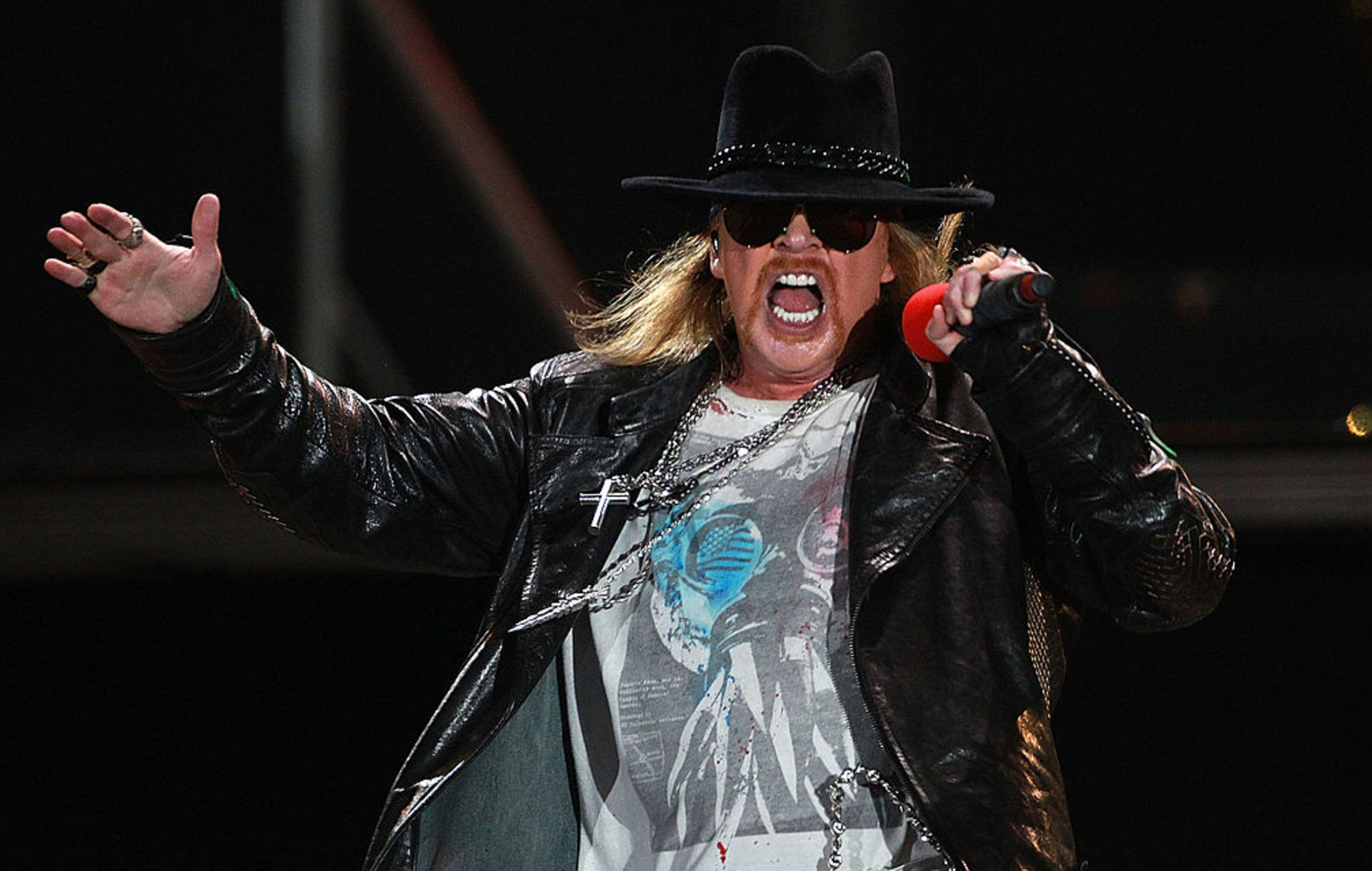 The festival, which is held in Napa Valley, California, has a strict curfew of 10pm, but the iconic rock band were not done performing when that time came around.

As the curfew struck, Guns N’ Roses were performing ‘Paradise City’ with guest star Dave Grohl, whose Foo Fighters will headline the festival tonight. As seen on fan-shot footage, part-way through the song the power went off, leaving the audience unable to hear the band.

The group seemed unaware that the plug had been pulled as they kept playing, with the crowd singing along louder to make up for the lack of amplification. At the end of the song, frontman Axl Rose threw his mic into the crowd and the band left the stage. Watch footage of the performance below.

Last month, Guns N’ Roses shared the full studio version of a new song called ‘Absurd’ after they had previously debuted it live.

The track was formerly known as ‘Silkworms’ and was written in 2001 during sessions for the band’s sixth album ‘Chinese Democracy’, which arrived in 2008 after a string of notorious delays. It was initially premiered at the band’s gig at Boston’s Fenway Park as part of their rescheduled North American stadium tour.

Meanwhile, their classic hit song ‘Sweet Child O’ Mine’ surpassed 1billion streams on Spotify in August, more than 34 years after its release. The video for the track also became the first ‘80s video to surpass the landmark on YouTube back in October 2019.