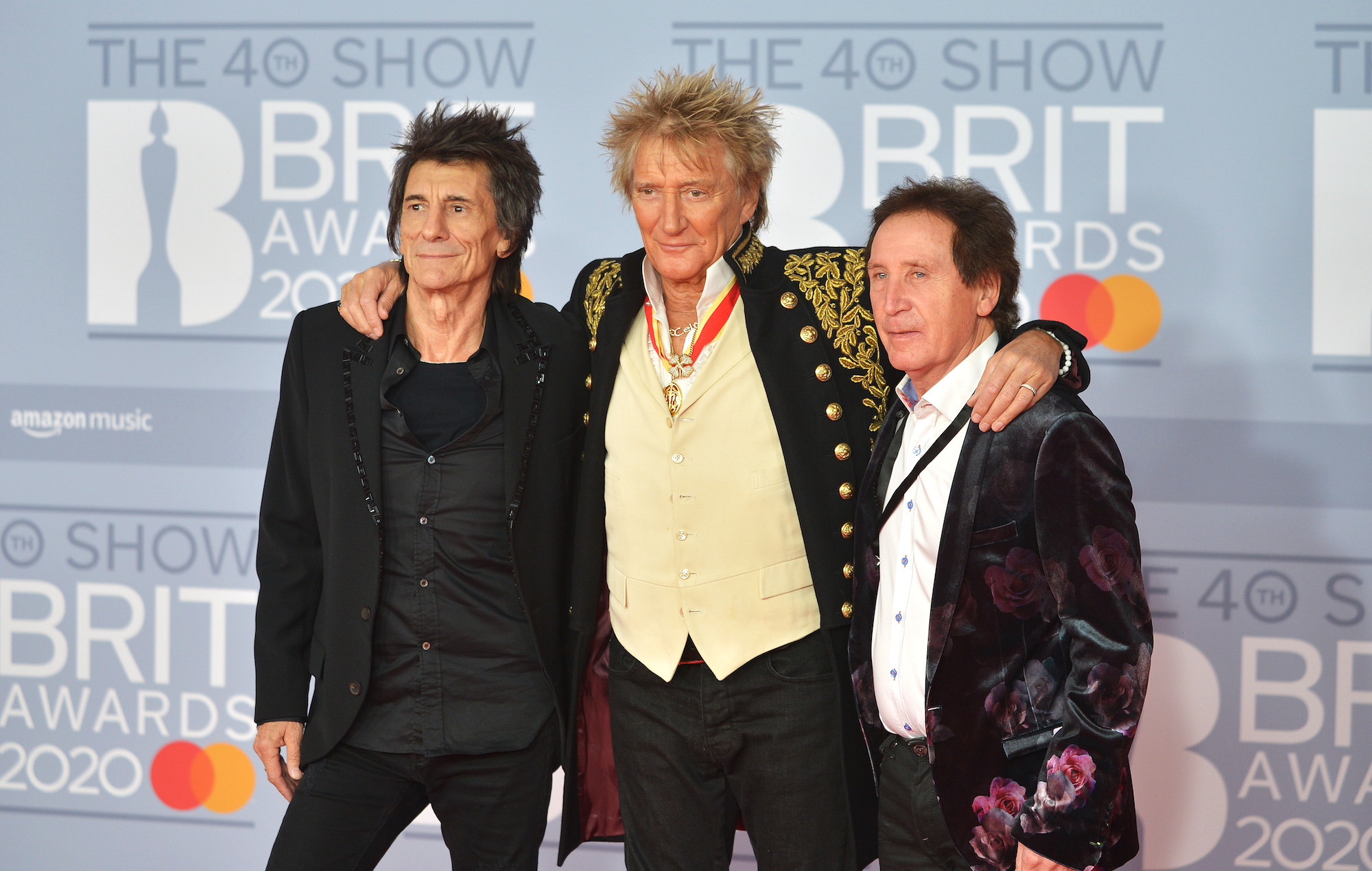 Faces have recorded 14 new songs together since reforming this summer, drummer Kenney Jones has revealed.

The band – Jones, Rod Stewart and Rolling Stones guitarist Ronnie Wood – announced back in July that they would be reuniting to write new music after over 40 years apart.

In a new interview with BANG Showbiz (via Contact Music), Jones gave an update on work on the new material.

“We’ve done about 14 songs, it’s a mixture of stuff we never released which is worthy of releasing and there’s some new stuff which is really wonderful,” he said. “Rod is writing the lyrics and he’s really keen on it.”

Jones then went on to tease the prospect of forthcoming arena shows from the band. “Whether or not we’re going to go on a big extended tour remains to be seen. What we have decided is to do some really big gigs like [London’s] The O2, Madison Square Garden, some other big venues in America.

“Nothing elaborate on stage, just bring back the Faces live.”

Faces, who formed in 1969 from the ashes of Small Faces, formally disbanded in 1975 after Stewart left the group. Around the same time, Wood began playing with the Rolling Stones. Faces recorded four studio albums in their time, most recently ‘Ooh La La’ in 1973.

The band’s last reunion performance was at the 2020 BRIT Awards, where Stewart, Wood and Jones closed the ceremony with a live rendition of ‘Stay With Me’.

Faces’ founding keyboardist Ian McLagan died of a stroke in 2014, and bassist Ronnie Lane passed award more than a decade earlier in 1997.

Watts’ publicist confirmed the news in a statement on August 24, writing that the “beloved” drummer had “passed away peacefully in a London hospital earlier today surrounded by his family.”

Wood shared an image of himself with Watts alongside a tribute message. “I love you my fellow Gemini ~ I will dearly miss you ~ you are the best,” Wood wrote before signing off with a trio of emojis, including the heart and sunshine symbols.

The post Faces have recorded 14 new songs since reforming appeared first on NME.