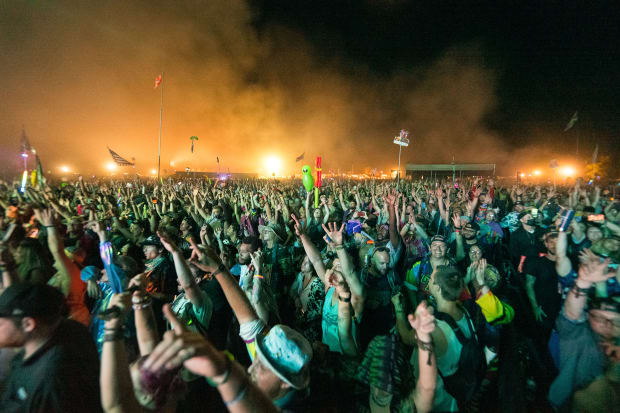 Officials confiscated a cache of drugs, including 124 grams of ecstasy and 1,061 doses of LSD.

Police seized a cache of drugs while working undercover at Three Sisters Park on August 20th and 21st, 25 News reports. Officials confiscated 124 grams of ecstasy, 1,061 doses of LSD, 47 grams of psilocybin mushrooms, 27 grams of ketamine, and 33 grams of cocaine. $8,258 of suspected drug money was also found.

Of the eight arrested, six face Class X felonies, the most serious felony offense in Illinois short of first-degree murder. If found guilty, they face a minimum sentence of six to 30 years in prison and will not be eligible for probation. Even first-time offenders with no criminal history are subject to a mandatory prison sentence.

In the immediate aftermath of the festival, the Peoria County Coroner’s Office reported the death of a 38-year-old man after authorities discovered him lying unresponsive in the bed of his own truck. A cause of death has not yet been made public as officials wait the results of a pending autopsy report. No foul play is suspected.

The 2021 edition of Summer Camp featured performances from GRiZ, REZZ, STS9, and CloZee, among many other artists, and attracted over 20,000 attendees to its 20th anniversary event.