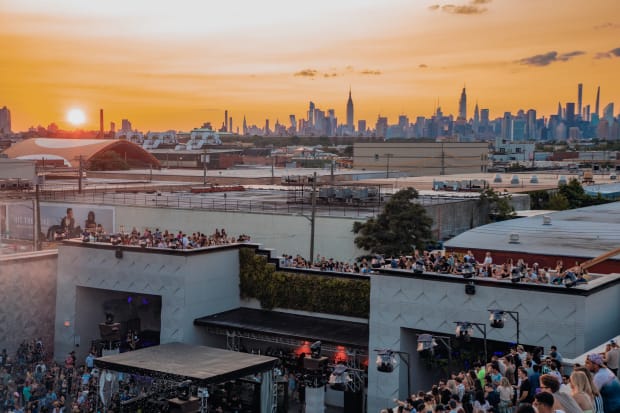 Nora En Pure invited Cassian, Marsh, Dosem, and All Living Things to The Brooklyn Mirage for a proper Purified celebration.

After a year-and-a-half, Nora En Pure finally brought her Purified showcase back to a live audience. Bearing the namesake of her stellar radio show-turned-record label, Purified events are a celebration of deep and melodic house, with lineups curated by Nora En Pure at some of the world’s most popular venues.

With palm trees, vines, and a medley of plants hugging the stage, Nora En Pure’s affection for nature was brought right to the dancefloor.

All Living Things, who released their Programme Music EP on Purified last year, kicked off the evening while fans slowly poured in. Under a cool summer sky, the duo warmed up the crowd with deep grooves.

As the crowd thickened and the sky glowed orange, Nora En Pure took the decks for a special sunset performance. Though a few deeper cuts like her single “Oblivion” and Gorgon City’s “You’ve Done Enough” made their way into the performance, she kept the focus on the organic dance music for which she’s best known, like her latest single “Won’t Leave Your Side” (with Liz Cass), her piano-driven track “Aquatic,” and her Bach-inspired song “Enchantment.”

Up next was Dosem, a Spanish producer who has made strides in underground dance music by crafting multiple Beatport-topping remixes and garnering support from leading artists like Tale Of Us, Hot Since 82, Maceo Plex, and Solomun. Thriving on melodic techno but edging into deep and tech house, Dosem commanded the dancefloor with pulsing energy.

Dosem then passed the baton to one of Australia’s finest dance music exports, Cassian.

Before focusing on his own production, Cassian made a name for himself pushing the dance music scene in Australia and mixing records for some of the top local acts, including RÜFÜS DU SOL’s hit albums Bloom and Solace. He was also the first artist to release music on RÜFÜS DU SOL’s Rose Avenue record label.

It’s no surprise then that Cassian opened his set with a cheeky edit of RÜFÜS DU SOL’s new single “Alive.” Over the course of his set, Cassian treated the crowd to a selection of his own works, such as “Layafette” and his remixes of BRONSON’s “Know Me” and MEDUZA’s “Paradise.”

Returning to the stage for her headlining set, Nora En Pure took the reins at the stroke of midnight.

In a far cry from the soft, soothing melodies of her sunset performance, En Pure delved deeper into her club catalog, reaching for originals like “Bartok” and “Epiphany.” While tracks like Paradoks’ “Flourish,” Dominik’s “This Moment,” and ARTBAT’s “Best of Me” centered the energy, she kept the fire alive with fiery records like Massano’s “The Feeling,” Space Motion’s “Dreamers” and CamelPhat’s “Freak.”

Anjunadeep mainstay Marsh closed the night, kicking off his set with his twinkly progressive house original “Little Darling.” Among other smooth, melodic house jams, his unreleased remix of Andy Moor and Adam White’s “The Whiteroom” made the cut, guiding the dancefloor to the finish line with gentle melodies and rosy basslines.