Fans react as Kanye finally drops ‘DONDA’: “He left the Jay-Z verse in!” 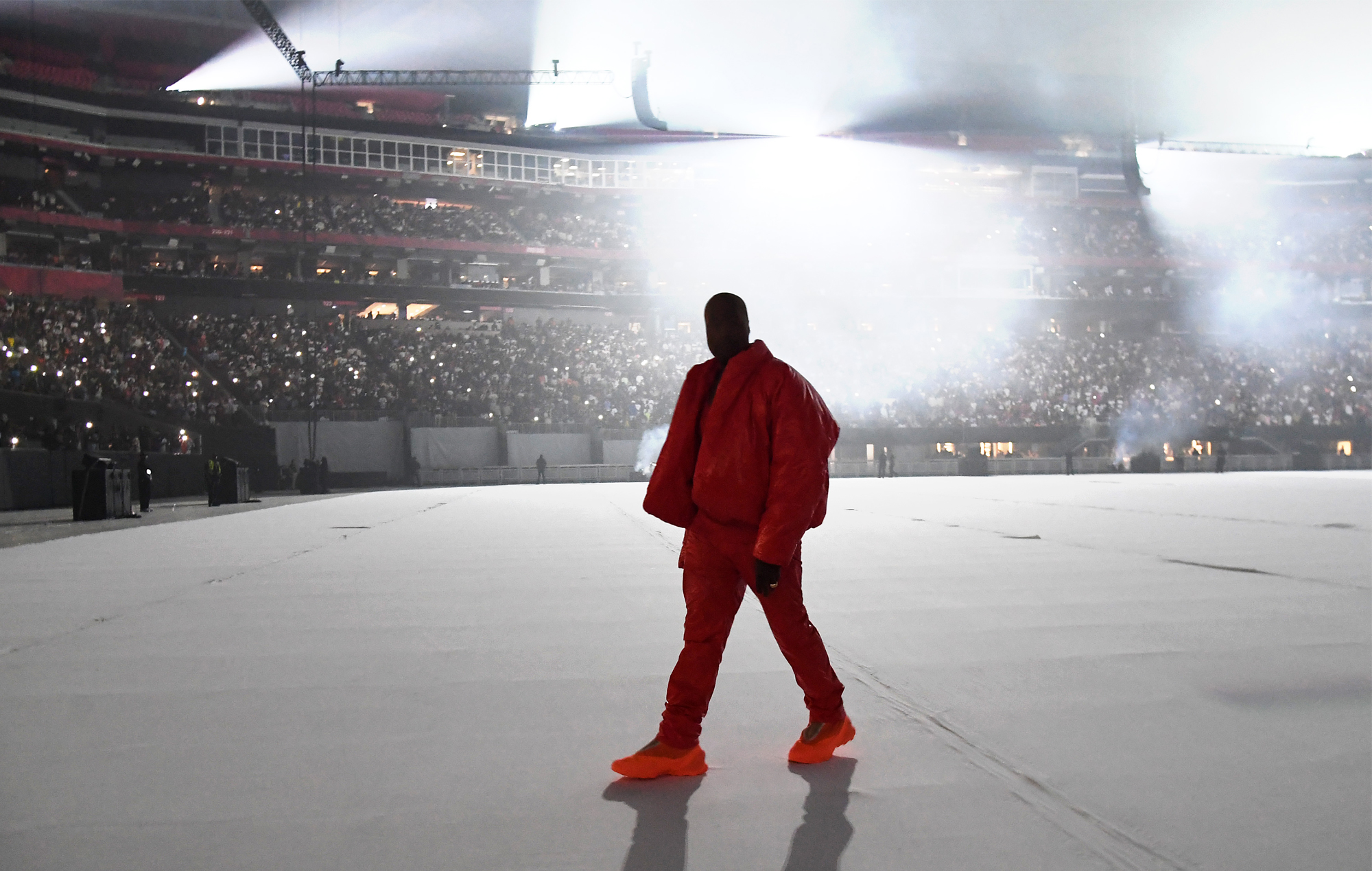 Fans around the world have been reacting as Kanye West finally dropped his long-awaited ‘DONDA‘ album today (August 29).

Fans have been reacting to the album’s long awaited arrival, as well as its running time, which comes in at a lengthy 1 hour 48 minutes in total.

Fans have also reacted joyfully with news that second track ‘Jail’ does indeed feature a guest verse from Jay-Z after earlier reports that it wouldn’t remain on the album.

Other early reaction has seen fans reacting to Kid Cudi’s guest appearance and the fact the album seemingly contains no swearing.

You can see some of the first reactions here:

Thank god for Jay-Z on Jail

Nah is DONDA really clean only?

I had to repeat Jay-Z’s verse

So Jay-Z IS still featured on #DONDA! Phewwwwww.

I dig it, @kanyewest

Y’all notice there isn’t any swearing on donda

News came yesterday (August 28) that West had turned in ‘DONDA’ for release on streaming services this weekend.

According to HITS Daily Double, Kanye delivered ‘DONDA’ to DSPS once before, only to take them back for further work – meaning that fans were sceptical as to whether a release would actually arrive or not.

Reviewing ‘DONDA’, NME’s Rhian Daly concluded: “While ‘DONDA’ certainly isn’t a rushed job, it could have benefitted from West spending a little less time on it and learning when to let things go. Nobody needs all 27 of these tracks, but dig deep into its contents and you’ll find enough gems to make his 10th album worth your time.”

The release of ‘DONDA’ has been announced and rescheduled several times across an extensive roll-out campaign.

Earlier this week, Kanye held a third and final listening event in Chicago, which featured controversial appearances from DaBaby and Marilyn Manson.

The post Fans react as Kanye finally drops ‘DONDA’: “He left the Jay-Z verse in!” appeared first on NME.