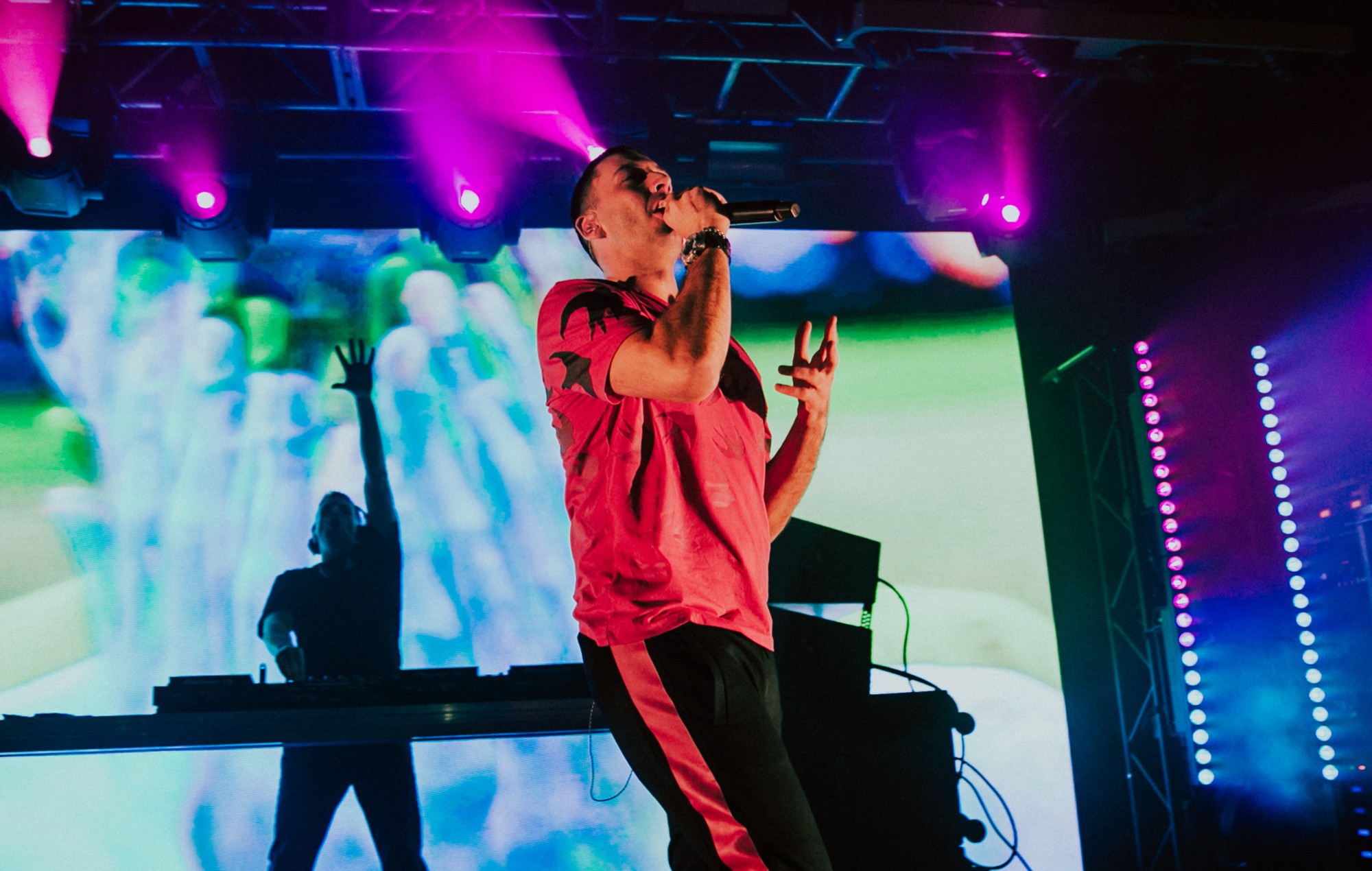 Example cancelled his headline appearance at Manchester Pride last night (August 28) just hours before he was due to perform, with the singer saying his voice had not recovered from his previous night’s slot at Creamfields.

The artist, whose real name is Elliot Gleave, apologised for the last-minute announcement and explained why he would not be able to play Pride that evening.

He said: “I’m just really sorry to say, I was in Manchester this morning after Creamfields last night, but my voice is just absolutely fucked from giving it my all last night at Creamfields.

“I can’t even sing. So I won’t be performing at Manchester Pride this evening, but have a lovely time.”

A spokesperson from Manchester Pride wished the singer well and advised that Annie Mac would play a longer set to “keep the party going”.

In interactions with fans on Twitter, Example also confirmed he would be touring in January and February 2022, with an announcement to come “week after next”.

The singer also responded to Twitter users criticising the move, referring to one as a “massive twat” and saying he would be “going back to Insta for a few days”.

It’s not the first time Example has clashed with fans on the social media site, after he gave a fan backstage tickets to RiZE Festival in 2018 – as an apology for saying he looked like “a beard had been drawn on a thumb”.

Responding to the single ‘Show Me How To Love’, fan James Hart posted on Twitter: “Honestly, if you took Example’s vocals off this track it’s a tune. Otherwise it’s a vanity project.”

Not taking the criticism in his stride, the artist fired back: “Honestly, if you got a biro and drew a beard on your Grandad’s thumb it’d look like poor James here.”

The post Example dropped out of Manchester Pride after losing his voice at Creamfields appeared first on NME.