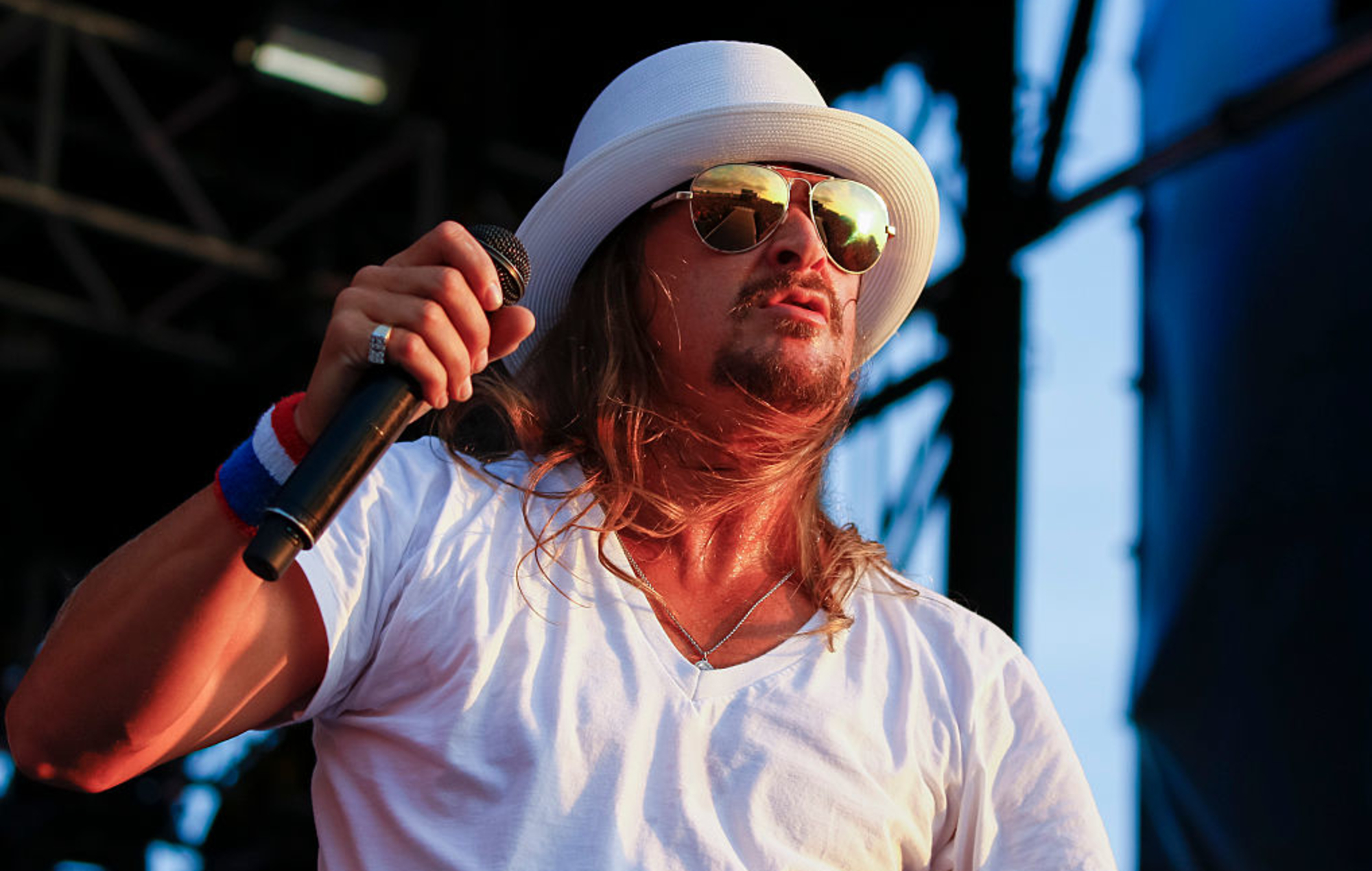 Kid Rock has said that several members of his band have tested positive for coronavirus, forcing him to cancel a handful of upcoming live dates.

While Rock – real name Bob Ritchie – reported that “over half” of the band had tested positive, the rap-rock artist confirmed that his tests had come back negative – and that “many of them” within the group had been vaccinated, including himself.

Posting on Facebook, Kid Rock wrote: “I am pissed. Over half the band has fucking COVID (not me), and before u shit for brains bloggers and media trolls run your mouths, many of them, like me, have been vaccinated.

“I was gonna come and rock the house anyway, play acoustic, DJ or even just Juggle…. Deez Nutz!! – or at least try to entertain u good folks. But seriously, shit is way out of my hands on this one. I am beyond upset and you real ones know I would never cancel if I absolutely didn’t have too. For this, I am sorry.”

Following the update, he went on to share an expletive-laden rant about Afghanistan – see the full post below.

Earlier this year (June 10), Kid Rock doubled down on his use of a homophobic slur by repeating the same word again on Twitter.

The rapper was filmed calling fans “f*****s” on June 5 as they captured footage of his performance at Tennessee’s FishLipz Bar & Grill.

Addressing the controversy over his comments last night (June 9) in a post on the official Kid Rock Twitter account under his real name, he wrote: “If Kid Rock using the word ‘f****t’ offends you, good chance you are one. Either way, I know he has a lot of love for his gay friends and I will have a talk with him. Have a nice day. – Bob Ritchie.”

The post Kid Rock says “over half” of his band have tested positive for COVID appeared first on NME.