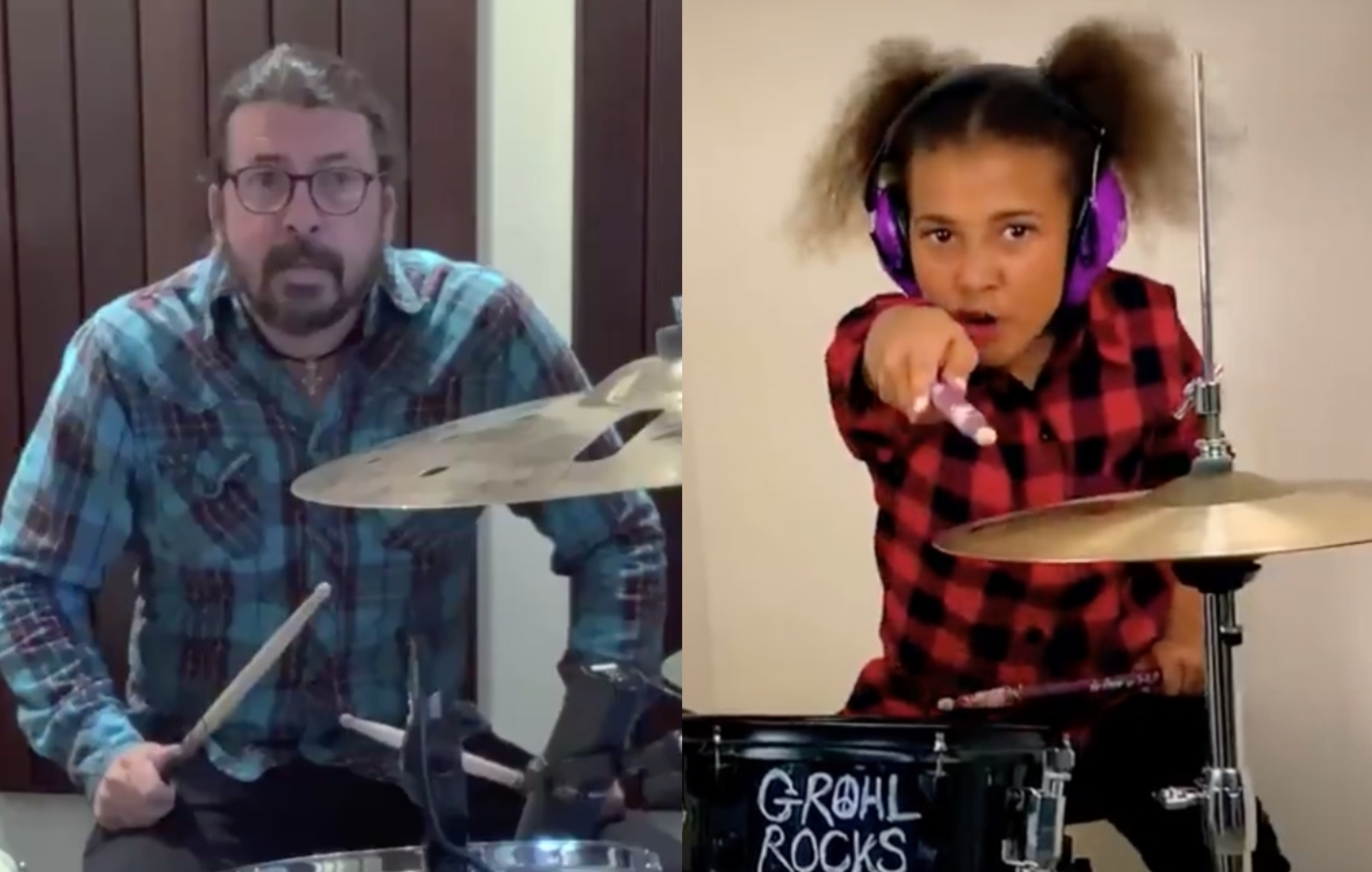 Nandi Bushell has finally met Foo Fighters in person – and performed with them live.

Bushell became an internet sensation last year after posting videos of herself drumming along to songs by a number of artists, including the Foos.

It culminated with Bushell taking part in a remote virtual drum-off with Foos frontman Dave Grohl last November, in which Grohl conceded defeat. Prior to that, across lockdown, the pair took part in a series of back-and-forth musical challenges issued to one another.

Bushell finally got to meet Foo Fighters in person after she joined the group on stage at the Los Angeles Forum yesterday (August 26) for a flawless performance of ‘Everlong’ on a drum kit that was brought to the centre of the stage.

Bushell received huge applause both before and after her performance, with fans chanting her name.

Last year, Bushell was gifted #a Fender Soul Power Stratocaster by Tom Morello after he saw her cover of Rage Against The Machine’s ‘Guerilla Radio’.

“I’d like you to have this guitar as a gift from me to you because you rock so great, and to see someone rocking so great who is so young, it really gives me hope for the future,” Morello told her.

Meanwhile, Foo Fighters will receive the Global Icon Award at the MTV VMAs 2021.

The band were already up for three gongs at next month’s ceremony, with the visuals for their ‘Medicine At Midnight’ single ‘Shame Shame’ appearing in the Best Rock, Best Cinematography and Best Choreography categories.