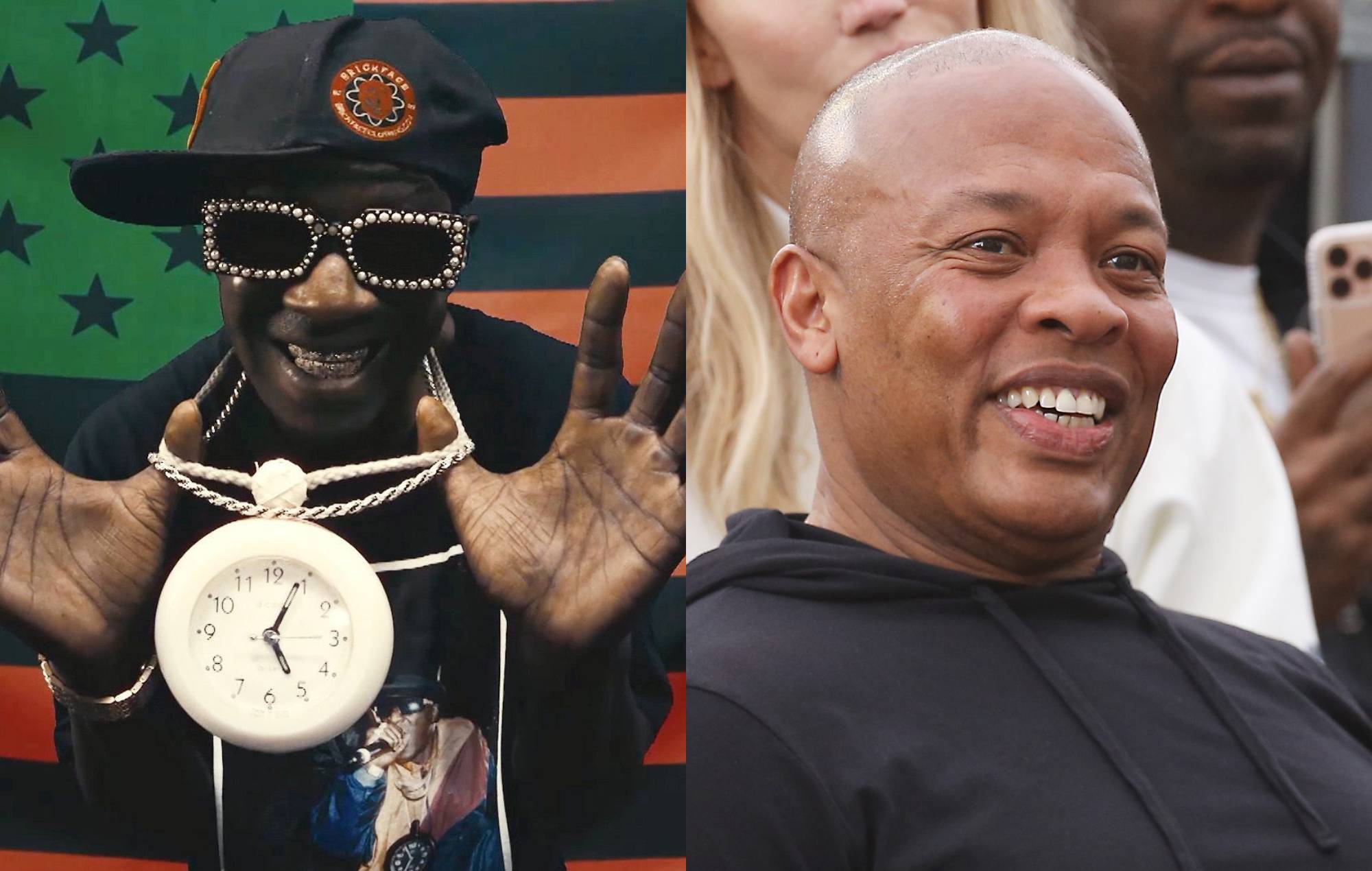 Flavor Flav has claimed that he will be a guest on Dr. Dre‘s forthcoming new solo album.

Work on the Dre record – which would be the follow-up to 2015’s ‘Compton’ – was reportedly finished back in November, but the release has still yet to be officially announced.

After Grandmaster Flash declared earlier this month that Dre’s new project “will change the game”, Public Enemy‘s Flavor Flav has now said that, like Flash, he has heard the fabled album.

“I was just over Dre’s house a week and a half ago,” Flav told Steve-O’s Wild Ride! with Steve-O podcast this month. “One of the best people in the world, man.”

Flav continued by revealing that he had recorded a part on Dre’s next album.

“Not only that, but I’m honoured for him to have me record something at his house for his upcoming album that’s getting ready to come out,” he said. “That’s big to me, man.

Diamond D recently said that he’d listened to two hours of unreleased Dre music during a playback at the latter’s house.

Earlier this month a preview of a track by Dre, Kanye West and Snoop Dogg featured in a Beats advert which starred US athlete Sha’Carri Richardson.

A press release at the time clarified that there was “no immediate date to release the song”, however.