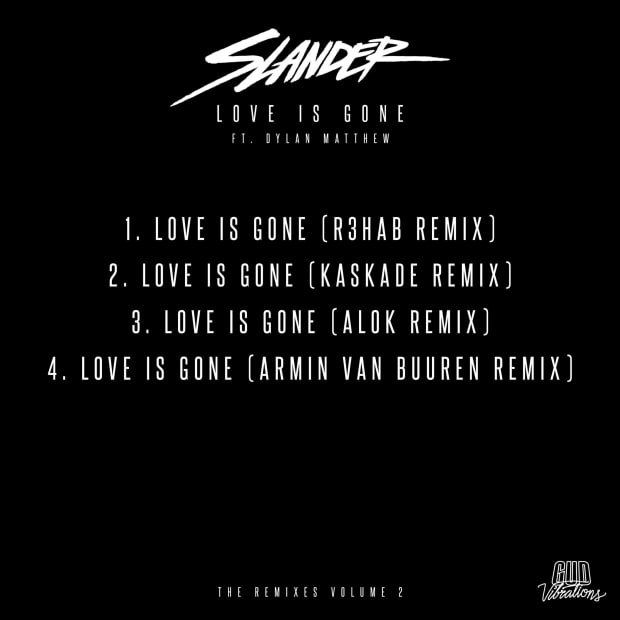 A track so nice, they had to remix it twice.

A track so nice, they had to remix it twice.

Back in October 2019 SLANDER and Dylan Matthew released a monster remix package for their single “Love Is Gone,” tapping six producers to rework the future bass anthem. Kompany, Crystal Skies and more put their signature touches on the track, taking it to new heights as it rumbled through the festival scene at the time.

SLANDER and Matthew have now announced another “Love Is Gone” bundle, which is primed to be even more transformative thanks to a high-profile entourage of remixers. Remixes from R3hab, Kaskade, Alok, and Armin van Buuren will drop over the course of the next month.

Kaskade’s edit, in particular, represents a quasi-full circle moment for SLANDER. The duo took to Twitter to gush about the honor of having the Fire & Ice producer remix their song after seeing him in 2009 at one of their first electronic shows ever—as attendees. “It is truly an honor having you remix one of our songs,” SLANDER tweeted. “Massive respect and gratitude for all time.”

You can check out the release schedule for Love Is Gone Remixes Vol. 2 below and pre-save the EP here.