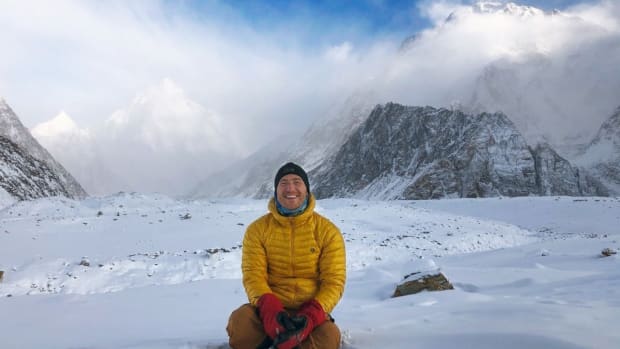 Mike Posner’s harsh surroundings provided the perfect inspiration for “Naraka,” a song named after the Hindu word for “hell.”

Tom Morello is readying the rollout of a new album that in many ways reshaped his creative approach.

Amid the pandemic, the iconic Rage Against the Machine guitarist faced his first creative drought. Despite being admittedly “Type A” when it comes to his recording process, which he has historically done alongside an engineer, Morello broke his own rules by recording straight into his phone.

Paradoxically, it was one of the most liberating creative decisions he could have made. After sending around those homemade riffs, an album concept began to take shape. And it was rapidly heading into uncharted territory—the literal top of the world.

Morello and Mike Posner‘s collaborative album cut was recorded as the latter was scaling Mount Everest, a trek he made in summer 2021 to raise money for the Detroit Justice Center. The harsh environments provided the perfect inspiration for “Naraka,” a song named after the Hindu word for “hell.”

Scaling Mount Everest is not the first athletic achievement the “I Took A Pill In Ibiza” singer has earned. Posner impressively completed a walk across America, which was inspired in part by the loss of his friend, Avicii. In his latest feat of strength, Posner raised $250,000 in the process of climbing Earth’s highest mountain above sea level.

Morello’s The Atlas Underground Fire is scheduled to release in full on October 15th.