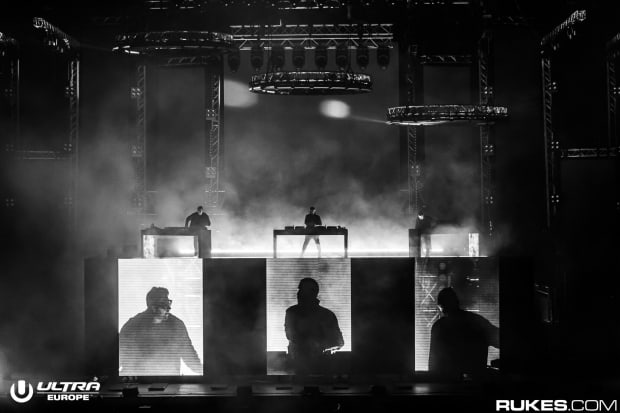 An Instagram post by Swedish House Mafia member Sebastian Ingrosso has fueled speculation of 2021 shows on the horizon.

Now that Swedish House Mafia have returned with new music, it seems they’re ready to take it on the road.

Since the iconic trio’s ballyhooed resurgence this summer, they’ve remained typically tight-lipped about their plans. Their social media channels have essentially been re-skinned as cryptic promotional conduits, fleshed out with obscure captions about their new singles “Lifetime” and “It Gets Better.” And while fans have been able to sip on some hot tea, like a potential collaboration with The Weeknd, the group’s immediate future has largely remained a mystery.

Swedish House Mafia member Sebastian Ingrosso has now fanned the flames of speculation surrounding the group’s return to touring. In an Instagram post published yesterday and re-shared on the band’s Stories, he expressed gratitude for working with his team again following a near-decade hiatus, adding that he “can’t wait to see our fans and show them what we have.”

“I really don’t write captions because I believe the music should speak for what we want to say,” Ingrosso wrote. “But I am blessed to be able to do what I do with the people I respect and admire the most. I can’t wait to see our fans and show them what we have because it really means the most to us you are the reason that we are here and that we came together again we miss you all so damn much!”

The timing of Swedish House Mafia’s ongoing revival is promising. It arrived ahead of some of the most popular festivals in the nation, such as Ultra Music Festival and Coachella, both of which have featured performances from the trio in years past. However, it’s important to note that they haven’t been officially linked to those events at this time.