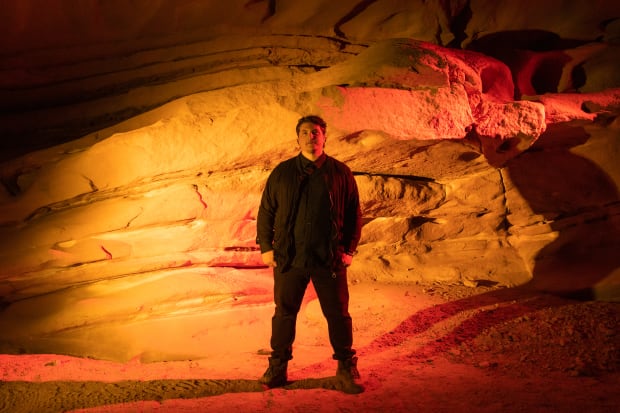 “I was the only one who popped a positive COVID test and I’m fully vaccinated.”

Blessings are tough enough to count in the age of COVID-19, but if you’re a Desert Hearts fan in Denver last weekend, that’s probably why you went to Church. In their first Denver show in almost two years, the Church Nightclub hosted Mikey Lion, Marbs, Lee Reynolds, and Porky for a triumphant collaborative performance.

Through the stained glass portraits and glittering lights beneath the steeple, a five-hour barrage of house music bliss raptured the sold-out crowd. A true blessing to music fans—especially given the impact of the pandemic—the event almost didn’t happen because despite being vaccinated in the weeks approaching the show, one of the crew, Marbs, contracted the virus. That meant everyone had to get tested—and fast.

Fortunately, Marbs was the only one that turned up a positive result so once he had a proper isolation break and produced a negative test, he was back on the road. To learn about how he handled the COVID curveball, we caught up with Marbs.

“I was the only one who popped a positive COVID test and I’m fully vaccinated. Others in our friend group got sick but none of them received a positive test,” Marbs told EDM.com. “Some of us take tests before and after traveling whether we feel sick or not. Others trust their intuition and how they’re feeling. This time we all tested multiple times because I was clearly sick.”

It at first wasn’t easy to catch, but with the entire crew vigilantly testing to keep music fans safe, they were able to respond quickly. “I took four tests before I received a positive result and then I received two back-to-back positive tests,” Marbs continued. “Once that happened everyone tested again and everyone was negative.”

As his quarantine approached two weeks he took two take-home antigen tests and a rapid PCR test. They all came back negative. “This may seem like overkill but the testing isn’t always accurate and with my career I want to make sure I’m keeping myself and the community safe and not putting anyone at risk,” Marbs said. “I feel it’s important to test frequently since I’m traveling to public group settings so often and I would urge others to do the same.”

As an outspoken supporter of cannabis reform with an Instagram-worthy green thumb, Marbs grows and regularly consumes his own cannabis. When he got COVID-19 he found that the fanfare surrounding the virus was real, and that meant taking steps for his body to heal right. That’s why he stopped smoking during his time in isolation.

“Oh, I definitely took a break!” Marbs said of his cannabis intake while quarantining. “As a kid, I had sports-induced asthma and a cough that would flare up from time to time [so] I’m used to having to take breaks from cannabis.”

No stranger to making small sacrifices for the big game, he didn’t want to be benched for long. More importantly, he also knew he couldn’t get back out on the road until he was 100% sure he wouldn’t be a danger to others.

As evidenced by his many tests and preventative steps, Marbs and the others behind Desert Hearts take their own health and that of fans seriously, but they also love to laugh every step of the way. That’s probably why—even squirreled away alone at home in Southern California —Marbs found a way to make it fun.

“I ate a shit ton of edibles while I was sick and isolated,” he said with a laugh. “It made passing the time while quarantined in my small room a lot more enjoyable.”