Over 70,000 Party In Dutch Streets for “Unmute Us” Protest: Watch 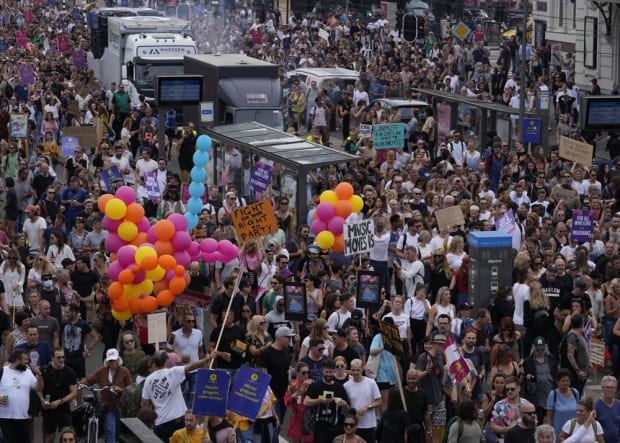 Over 450 festival organizers planned a protest over the weekend to “unmute” the Dutch events sector.

On August 21st, hundreds of Dutch music organizations carried out the #UnmuteUs protest through six Dutch cities. Hoping to make their voices heard amid a lack of clarity from the government regarding the future of music festivals, over 70,000 people marched in protest of the current COVID-19 restrictions impacting the arts sector.

While many in the Netherlands were hopeful of the return of live music events this summer, the Dutch government reportedly had other plans. In July, officials announced an extension of a ban on music festivals in the country—lasting until at least September 19th—due to ongoing risks to public health.

With nowhere to turn, a flock of festival organizers planned #UnmuteUs. “After months of efforts by the events sector to meet the wishes of the government, it must be concluded that the intentions were one-sided,” reads the protest’s website, translated from Dutch.

Protestors partied in the streets, dancing behind a convoy of trucks, DJs, and sound systems blasting electronic dance music. “They can mute our festival, but they can’t mute us,” asserted one DJ hailing from Maastricht.

Check out some footage from the gathering below. You can find out more information about the protest and read a full list of the music festivals that participated here.