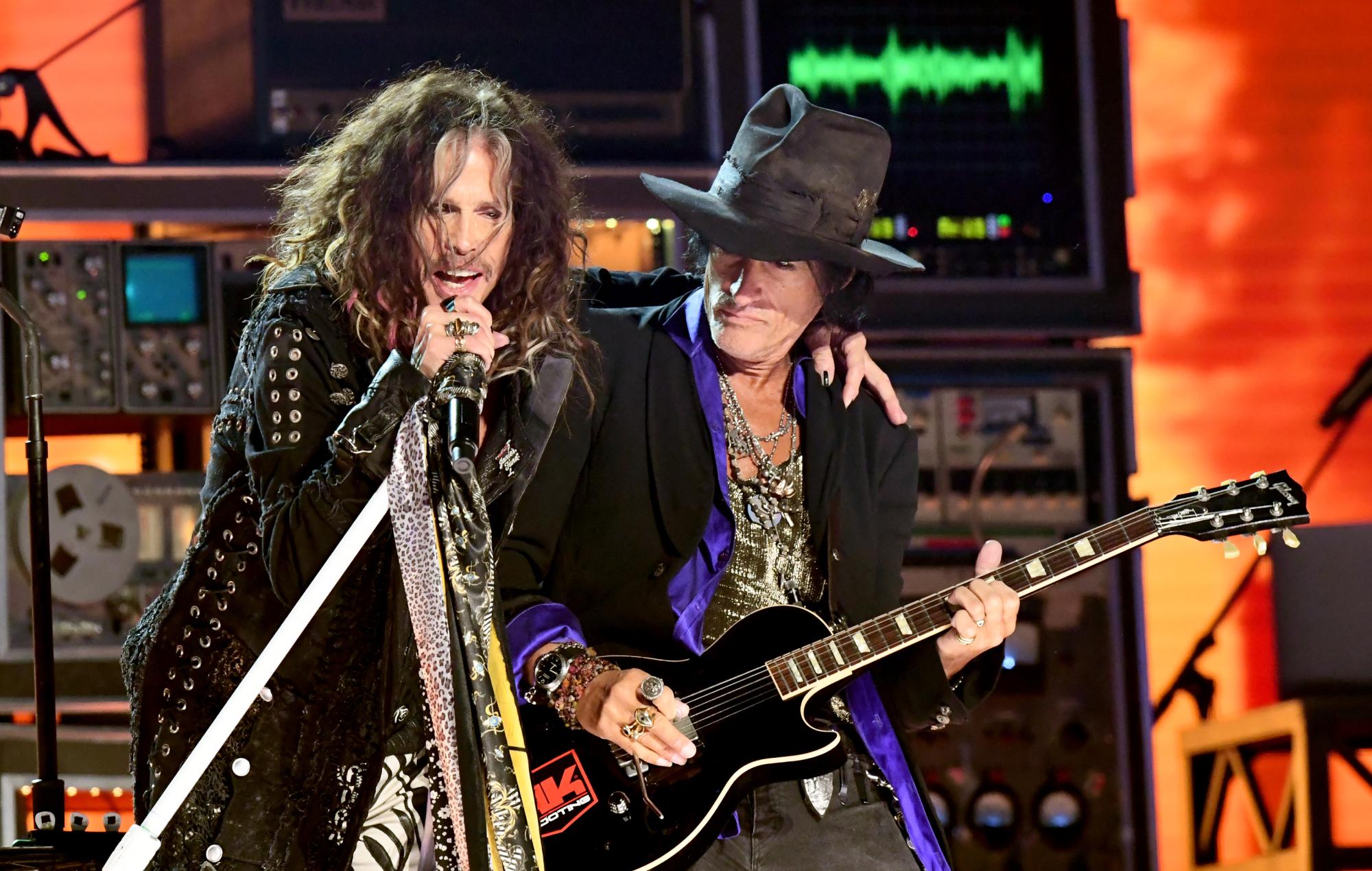 Aerosmith have signed a new deal with Universal Music Group (UMG) that will license the entirety of their recorded output as well as personal archives.

The veteran rockers were formerly under Sony’s Columbia Records, and later UMG’s Geffen Records, for much of their early career in the ’70s and up to the ’90s. Now UMG will be home to the band’s complete catalogue, which will also include audio-visual projects.

Fans will likely be most excited about forthcoming access to the “Vindaloo Vaults”, the personal archives of Steven Tyler, Joe Perry, Tom Hamilton, Joey Kramer and Brad Whitford. Each bandmember will help curate their own collections, with the archival material being used in future releases of previously unreleased music, rare photos, video footage, artwork, journals, setlists, and other memorabilia.

Aerosmith co-founder and lead guitarist Joe Perry said in a statement [via Billboard]: “It’s been a long road but I’m extremely happy and proud to say on behalf of Aerosmith we have been able to bring our 50 years of music under one roof by partnering with UMG.

“This will allow us to bring our music to our fans in ways we never were able to before. It’s something we’ve dreamed about happening for a long time. It’s a win for Aerosmith, UMG and ultimately our fans. Needless to say we are very excited. It’s an incredible way to celebrate 50 years and the many more years to come.”

Among the anniversary projects will be films, TV features and other audio-visual projects such as remastered music videos. More details are to follow soon.

Meanwhile, in other news, Perry has said that the band once considered replacing vocalist Tyler with Sammy Hagar, AKA The Red Rocker.

According to Perry, the incident took place around a decade ago when Tyler was appearing as a judge on American Idol among a number of other non-Aerosmith activities, moves which led Perry to believe the singer was distancing himself from the band.

Speaking to Ultimate Classic Rock in a new interview, Perry spoke of the episode and how the likes of Lenny Kravitz, the late Chris Cornell, Paul Rodgers, Billy Idol and more were being mentioned with regards to replacing Tyler in Aerosmith.