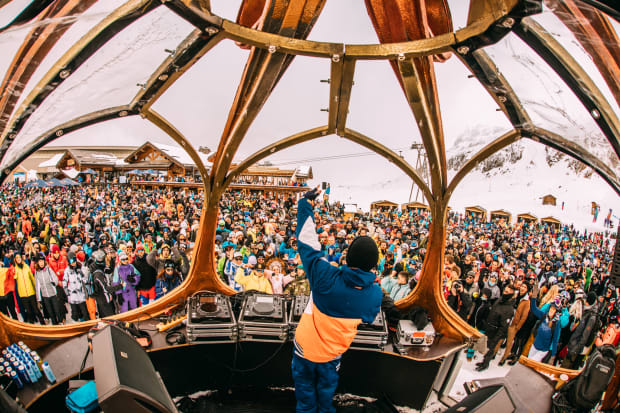 After a two-year absence, the weeklong Tomorrowland offshoot is scheduled to return to the idyllic mountains of southeastern France.

After a two-year absence, Tomorrowland Winter is officially set to return to the snowcapped mountains of southeastern France.

An offshoot of the fabled Belgian dance music festival, the weeklong event is scheduled to return to Alpe d’Huez Grand Domaine Ski, a picturesque ski resort situated in the heart of the Central French Western Alps, from March 19th to 26th, 2022.

During the day, attendees can ski and snowboard on the range’s top-rated slopes as well as take in a variety of DJ sets at multiple stages until sundown. The fest will then kick into high gear in the Alpe d’Huez valley thanks to a brand new, tented and heated Mainstage, where ravers can stay warm and dance the night away to a number of the world’s finest dance music artists.

Organizers have not yet announced a lineup for the 2022 event. The 2019 edition featured Armin van Buuren, Steve Aoki, Afrojack, and many more major artists. Considering Tomorrowland’s renown, fans can expect a similarly stellar slate of DJs for the festival’s next iteration.

Seven-day packages for Tomorrowland Winter 2022 will go on sale September 18th and four-day passes on the 25th. You can purchase tickets here.