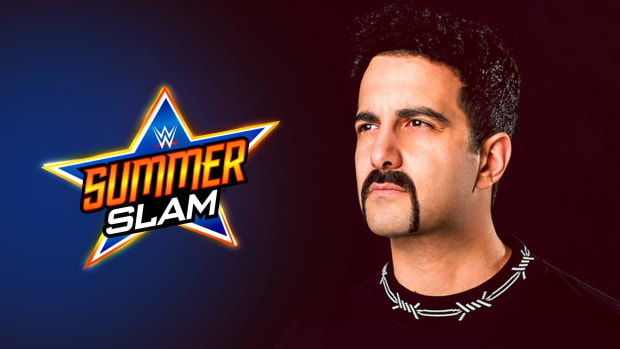 It’s a dream gig for Khan, a diehard pro wrestling fan since childhood.

Enter Valentino Khan, who has been announced as the first-ever DJ to perform at a WWE event.

The legendary professional wrestling brand today announced that Khan, one of the most respected producers in the electronic music scene, will perform at WWE’s biggest event of 2021, SummerSlam. The event will take place this Saturday, August 21st at Allegiant Stadium, the home of the NFL’s Las Vegas Raiders and site of ILLENIUM’s historic “Trilogy” concert.

The match card features some of WWE’s biggest stars, including John Cena, Roman Reigns, Bobby Lashley, Goldberg, Bianca Belair, Sasha Banks, Nikki A.S.H., and Rhea Ripley, among others. You can check out the schedule here.

“Being part of a WWE event is a childhood dream come true for me,” Khan said in a press release. “From growing up in the ‘Attitude Era’ till now, I’ve been a fan all my life and truly have respect for the business. The fact that I get to connect with the WWE universe through my own music is an incredible full circle moment. I can’t wait to go hard at SummerSlam in Vegas.”

“We strive to create a vibrant atmosphere at all WWE events and music plays a very important role whether it be at live events or throughout WWE programming,” added Neil Lawi, Senior Vice President and General Manager of WWE Music Group. “We’re looking forward to having Valentino Khan kick off the festivities at SummerSlam this Saturday.”

The SummerSlam broadcast will stream live starting at 8PM ET (5PM PT) exclusively on Peacock in the United States and on WWE Network everywhere else. You can purchase tickets here.