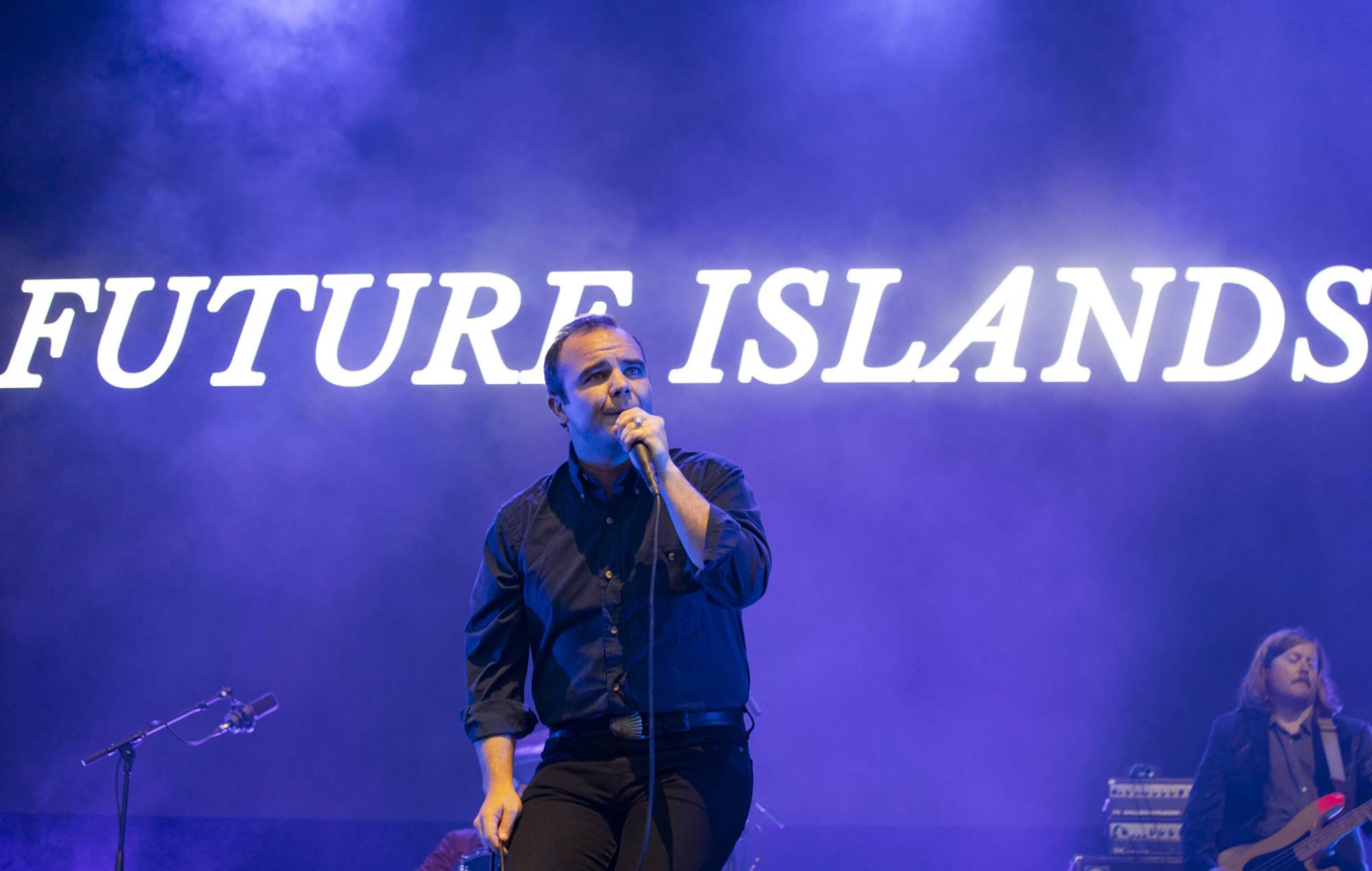 Future Islands have shared the standalone track ‘Peach’, the first original track from the band since releasing their sixth album ‘As Long As You Are’ last year.

The latest effort from the Baltimore group sees them experimenting with laidback synth sounds once more, with frontman Samuel T. Herring offering a series of meditative observations on the nature of life.

“Death is in season, And it’s pushing me round, And round and round, A bottle cap, A rusted crown.”

The new track comes after Future Islands confirmed earlier this year that they have started work on their seventh album.

Sharing a snap on Instagram of the band at work and all wearing face masks back in January, they wrote: “Back in the studio… #LP7”.

Reviewing ‘As Long As You Are’, NME wrote: “There’s real beauty to be found in some of the album’s bleaker moments, too. ‘Thrill’ is easily the most heartbreaking ballad Herring has penned, but there’s a real sweetness to its sound.

“Opener ‘Glada’, meanwhile, may deliver the crushing line, “Do I deserve to see the sea again?,” but it does so with lapping, comforting synths.

“‘As Long As You Are’ maybe an unexpected handbrake turn for Future Islands and it may not be as hit-laden as its predecessor, but it’s a refreshing record in its own right and one that throws up plenty of existential quandaries.”

Future Islands will head out on a US tour later this year before heading to Europe in early 2022, where their schedule includes a massive date at London’s Alexandra Palace.