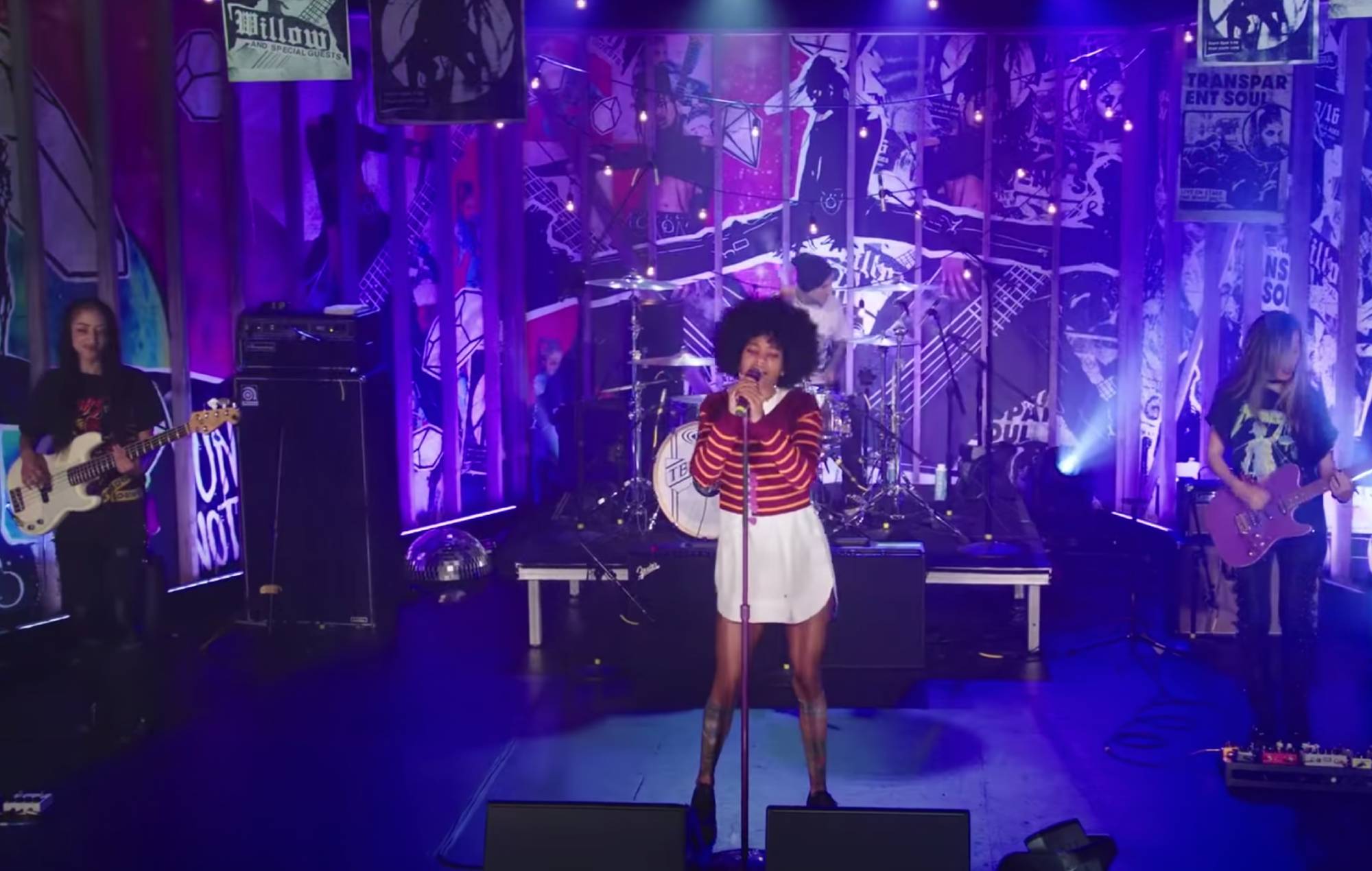 Willow has shared the live video for new track ‘Lipstick’, taken from her pop-punk driven fourth album ‘Lately I Feel Everything’.

The new clip sees the singer performing alongside drummer Travis Barker, while two guitarists are also on hand to give the performance a sonic edge.

WILLOW and Barker previously teamed up on  ‘t r a n s p a r e n t s o u l’, which came out back in April, as well as featuring on Willow and Lavigne’s track ‘G R O W’.

Last month, WILLOW also discussed her experiences of having anxiety attacks on stage in a conversation with Yungblud.

Speaking on The YUNGBLUD Podcast (per HotNewHipHop), Smith said: “I felt extremely unsafe in my music career in the past and that feeling of insecurity or unsafety like I didn’t feel protected, which went really deep.”

In a four-star review of WILLOW’s new album, NME wrote: “With ‘lately I feel EVERYTHING’, the child star-turned-music-innovator sends a fond farewell to adolescence. It was a risky move, switching from conscious R&B star to grungy punk beau, but WILLOW has knocked all doubts out of the park – again.”