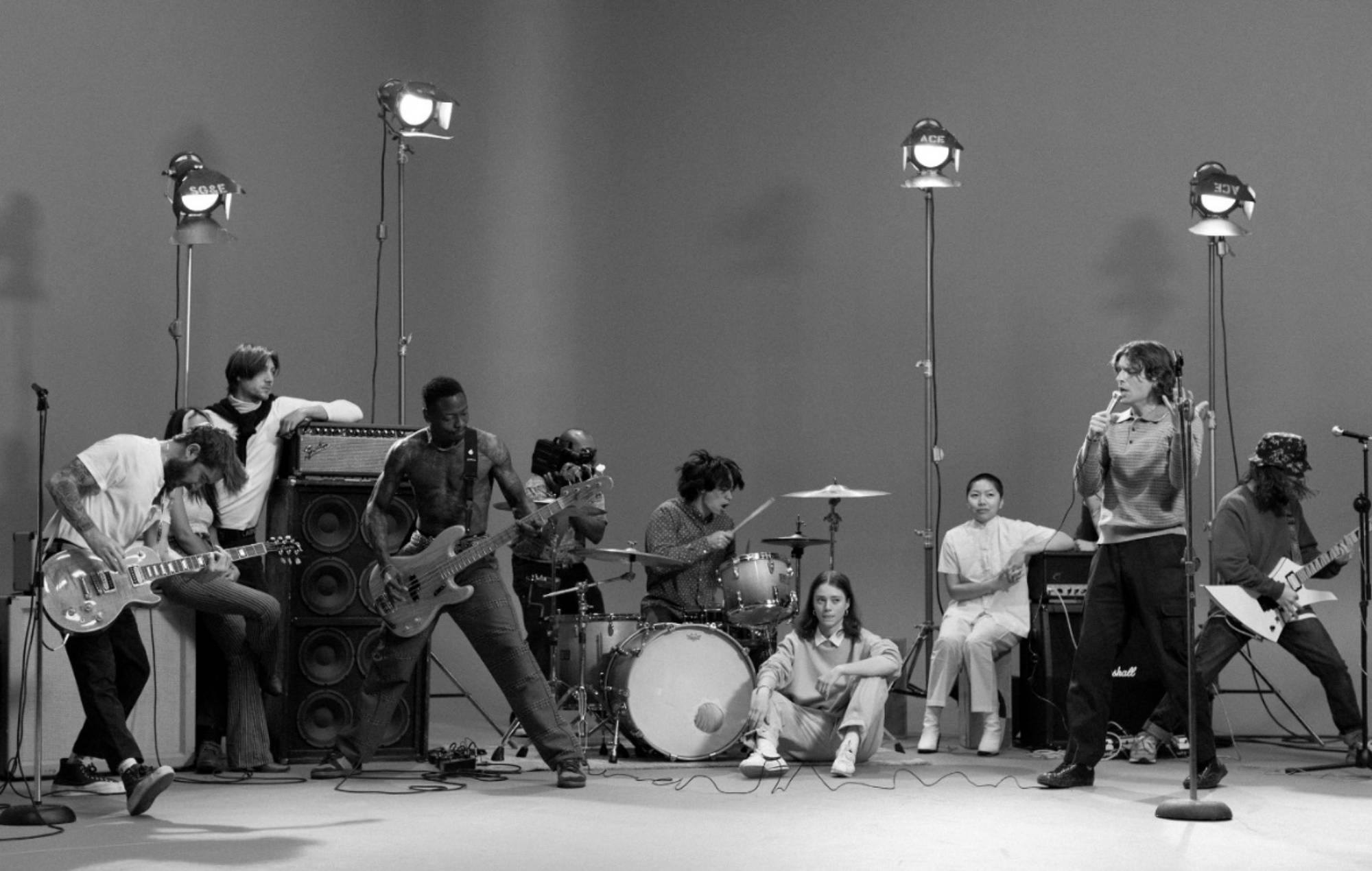 Baltimore’s Turnstile have shared another preview of their upcoming new album – listen to the anthemic ‘Fly Again’ below.

The song will appear on the hardcore band’s upcoming album ‘Glow On’, which is due to arrive on August 27 via Roadrunner Records.

So far, the band have shared the Blood Orange-featuring ‘Alien Love Call’ and recent single ‘Blackout’.

Four songs set for ‘Glow On’ were previewed on the band’s recent surprise EP, ‘Turnstile Love Connection’, while the band also shared a full-length visual accompaniment to the recent EP, featuring both performance segments and cinematic, music video-like footage.

Turnstile are set to head out on tour in the US and beyond in support of ‘Glow On’. After performing at a number of festivals in North America this summer, including Slipknot’s Knotfest, they will join the likes of Slowthai and $uicideboy$ on a run of US shows in the autumn.

The band will then play at Outbreak Fest 2022, with the event moving to Manchester for a three-day show next June at the Bowlers Exhibition Centre.

The group’s most recent record ‘Time & Space’ was released in 2018, following up on their 2015 debut ‘Nonstop Feeling’.