Ed Sheeran opens up about working with Eminem: “We spoke Marvel and Avengers for hours” 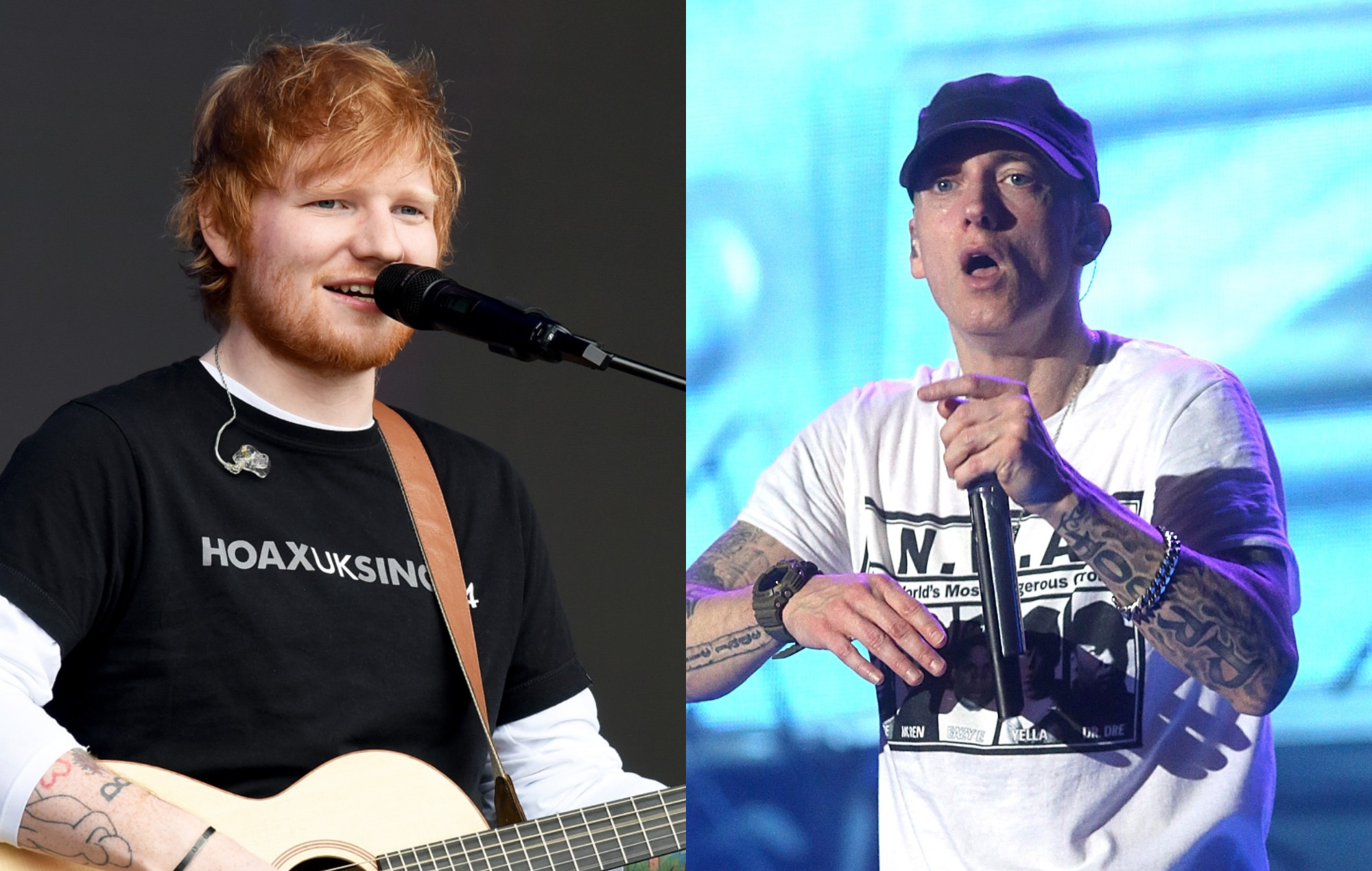 Ed Sheeran has opened up in a new interview about working with Eminem.

Speaking to Apple Music, Sheeran recalled working with the rapper at his studio in Detroit and how, on their first meeting, they spoke about their shared love of Marvel before eventually making a track together during their second meeting.

Sheeran featured on Eminem’s 2017 album ‘Revival’ on the duet ‘River’, as well as on the track ‘Those Kinda Nights’. ‘Remember The Name’ was another collaboration, which also featured 50 Cent.

Sheeran said: “It [the studio] was in Detroit and I was playing a gig in Detroit. And yeah, I arrived.”

He continued: “He’s got loads of games consoles there. He loves games. I actually bought him a Nintendo 64 with GoldenEye on it as a gift. Yeah. I just stepped in there.

“And then the next time I went back, we made a tune. The first tune we made, I was in Mexico and his producer flew to Mexico, and I did the hook there and stuff.”

This week Sheeran announced an intimate show at London’s O2 Shepherd’s Bush Empire to mark a decade since the release of his debut album ‘+’.

The upcoming show at the 2000-capacity venue is a rare chance to see the stadium-filler in more intimate surroundings, and also marks Sheeran’s first headline gig since the end of his record-breaking ‘Divide Tour’ in August 2019.

The post Ed Sheeran opens up about working with Eminem: “We spoke Marvel and Avengers for hours” appeared first on NME.