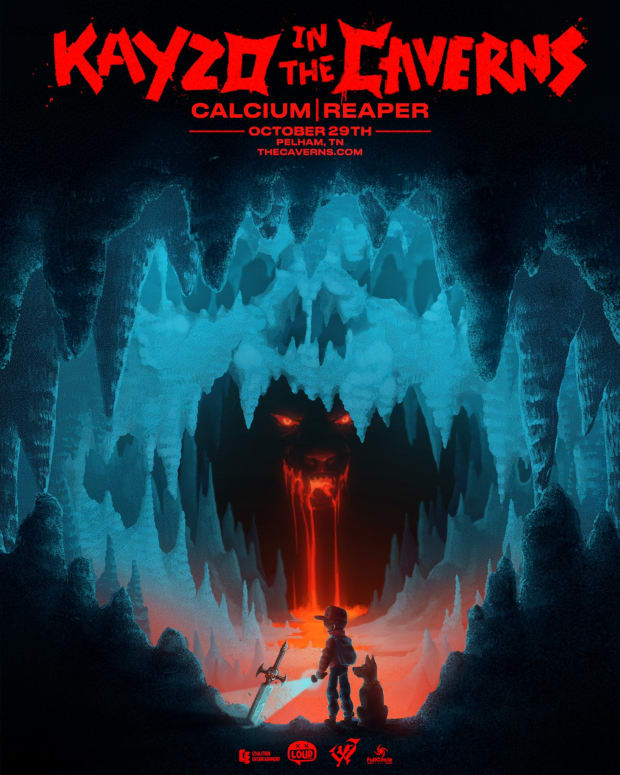 EDM fans can rave in a cave for Halloween 2021 thanks to a special subterranean show at The Caverns.

The relentless, earth-shaking bass of Kayzo is going subterranean.

EDM fans can rave in a cave for over Halloweekend 2021 thanks to a special show at The Caverns, a world-renowned concert destination in Pelham, Tennesse situated in a spellbinding underground cave system. Dubbed “The Greatest Show Under Earth,” the venue draws music fans from all over the world for its mystical feel and natural acoustics.

The famed dubstep and electronic-rock crossover producer said it will be a special, intimate show that almost took place a few years back, but never happened.

Kayzo will bring fellow heavy-hitters Calcium and Reaper along as support for the show, which is scheduled for October 29th, 2021. Tickets to “Kayzo In The Caverns” will be available tomorrow, August 11th at 12PM CST and fans can purchase passes here.