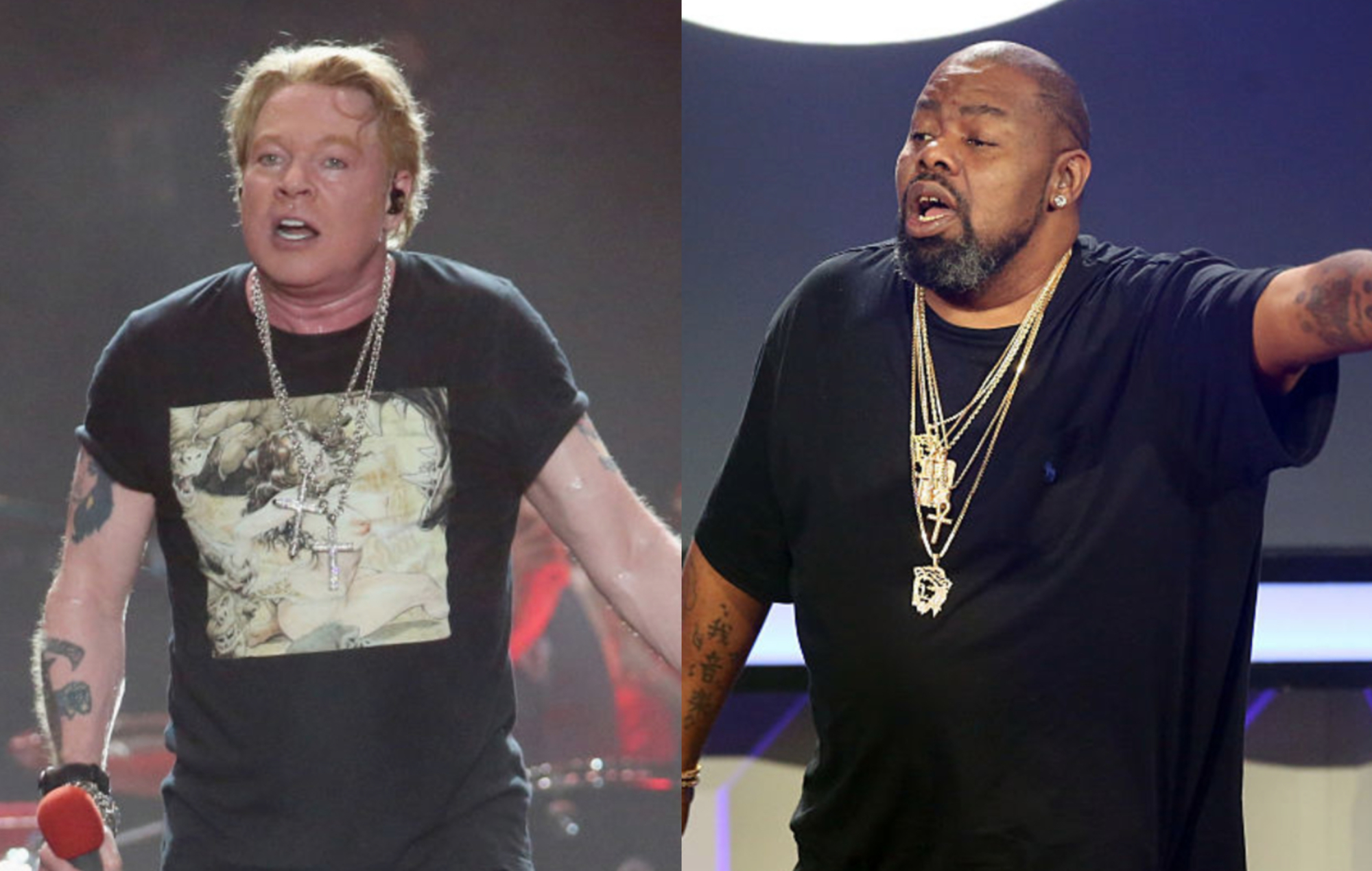 Guns N’ Roses paid tribute to the late Biz Markie during a show in New Jersey on Thursday night (August 5).

Biz (real name Marcel Theo Hall) died on July 16. While a cause of death was not revealed, the rapper had struggled in recent years with health issues related to his decade-long battle with Type 2 diabetes.

News of his passing was confirmed by rep Jenni Izumi, who wrote in a statement: “It is with profound sadness that we announce, this evening, with his wife Tara by his side, hip hop pioneer Biz Markie peacefully passed away. We are grateful for the many calls and prayers of support that we have received during this difficult time.”

Among the many tributes paid to the rapper, Guns N’ Roses took a moment to honour Biz during their set at MetLife Stadium in East Rutherford, New Jersey earlier this week.

Taking a moment before performing the band’s iconic ‘November Rain’, frontman Axl Rose encouraged fans to join him for a piano sing-a-long of Biz’s iconic hit ‘Just A Friend’. You can see a video of the performance below.

The band also dedicated their performance of ‘Knockin’ On Heaven’s Door’ to the rapper as well.

LL shared an Instagram video of himself in tears after learning the news.

“I just want to say…rest in power Biz Markie, my friend. So many memories, man. He was in the basement of my grandmother’s house when I wrote ‘Rock The Bells.’ We used to always hang out back in the day, running around Queens, Long Island, and I’m glad we got to do what we got to do toward the end…some of the things we got to do, man.

“Love you bro. I want to send love to all your fans, millions of fans around the world, your family. Send my love to your family, your wife, management and rest in power, bro. Love you, man. Peace.”

Meanwhile, Guns N’ Roses have shared the full studio version of ‘Absurd’, after debuting the track at a live show earlier this week.

The newly released effort was previously known as ‘Silkworms’ and written in 2001 during sessions for the band’s sixth album ‘Chinese Democracy’, which arrived in 2008 after a string of notorious delays.

It has now received an entirely new revamp and title, which was debuted during a show at Boston’s Fenway Park on Tuesday (August 3).