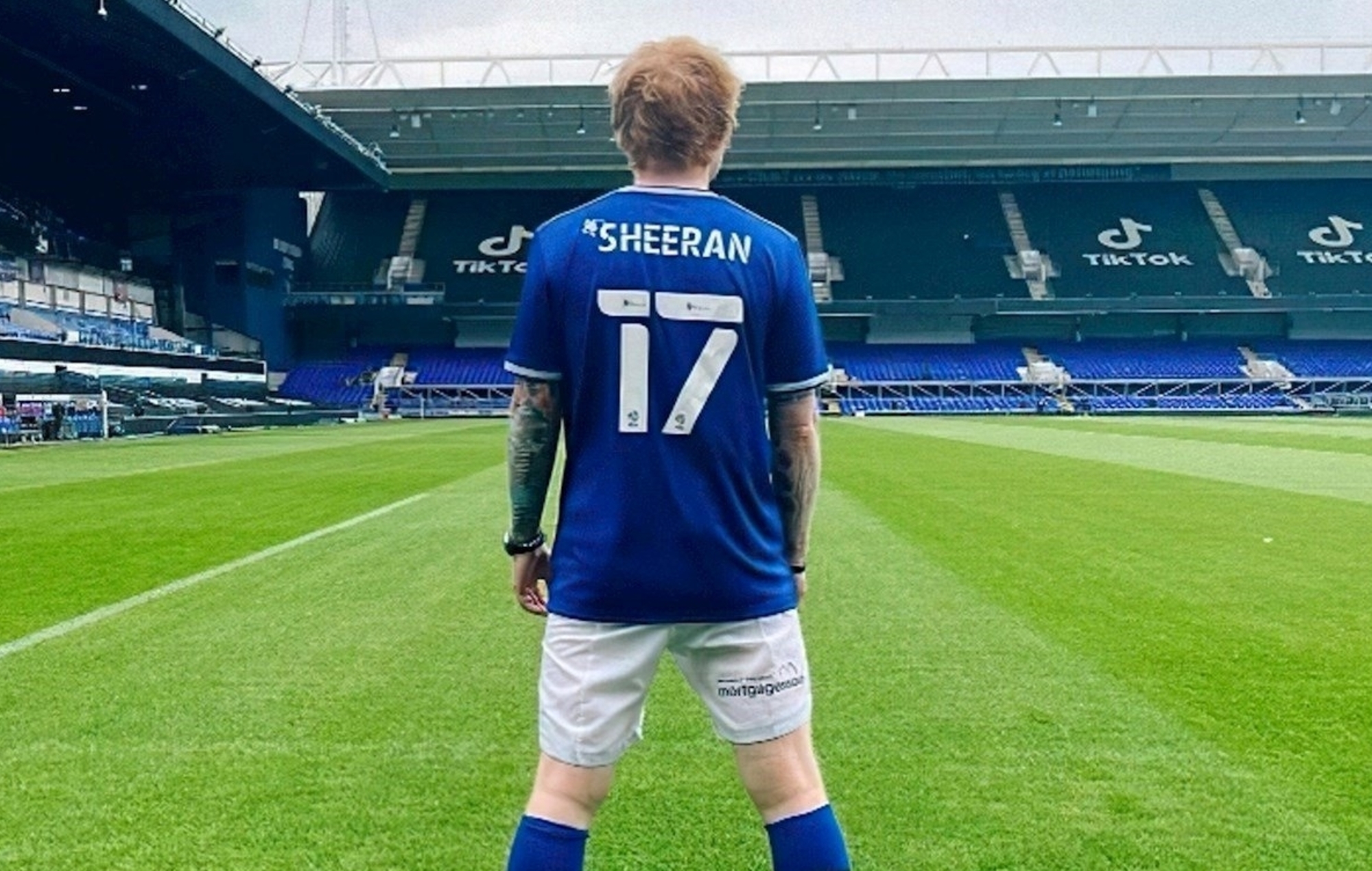 Ed Sheeran has officially been added to Ipswich Town FC’s squad list for the upcoming 2021/22 season.

It comes after it was announced earlier this year that the Suffolk-based pop giant had signed a one-year deal to sponsor the League One team’s kits after shelling out an undisclosed figure.

“The football club is a big part of the local community and this is my way of showing my support,” Sheeran said of his involvement with the Tractor Boys. “I have always enjoyed my trips to Portman Road and I’m looking forward to going back there as soon as supporters are allowed into stadiums again. ”

Sheeran is the shirt sponsor for the ITFC Women’s team as well as the men’s first-team.

Now, the ‘Bad Habits’ hitmaker has been handed the number 17 shirt by Ipswich Town in the squad list that was released yesterday (August 6).

“This is bonkers really, isn’t it!” Sheeran said of being given a number. “When Ipswich told me I thought they were joking but I love the idea.

“I think this is going be a great season and I’m honoured to be a part of it. I just hope this squad number is only ceremonial because I want to see us promoted and that’s not going to happen if I’m playing!”

Ipswich Town will open its League One campaign against Morecambe today (August 7) with Sheeran’s tour logo on the front of its shirts.

“Having Ed involved is fantastic for the football club,” the team’s CEO, Mark Ashton, said in a statement.

“We saw pictures of him wearing the 17 shirt when he was at the Club to perform his Euro 2020 TikTok concert so Paul and I spoke about it and we agreed to offer Ed the chance of that squad number.

“It’s our way of thanking him for his support and we look forward to welcoming him to Portman Road this season.”

Manager Paul Cook added: “Isn’t it great for the Club that we have got someone of Ed’s stature supporting his local team.

“Hopefully he’s going to be in the official team group as well. The players will love that and if we can show on the pitch the creativity that Ed shows with his music, we will do okay this season!”

Meanwhile, Taylor Swift has confirmed that Ed Sheeran and Phoebe Bridgers are set to appear on her re-recorded version of 2012’s ‘Red’.