‘Bang On The Gong’: Go behind the scenes of Twin Atlantic’s new ‘Once Upon A Time In Hollywood’-themed video 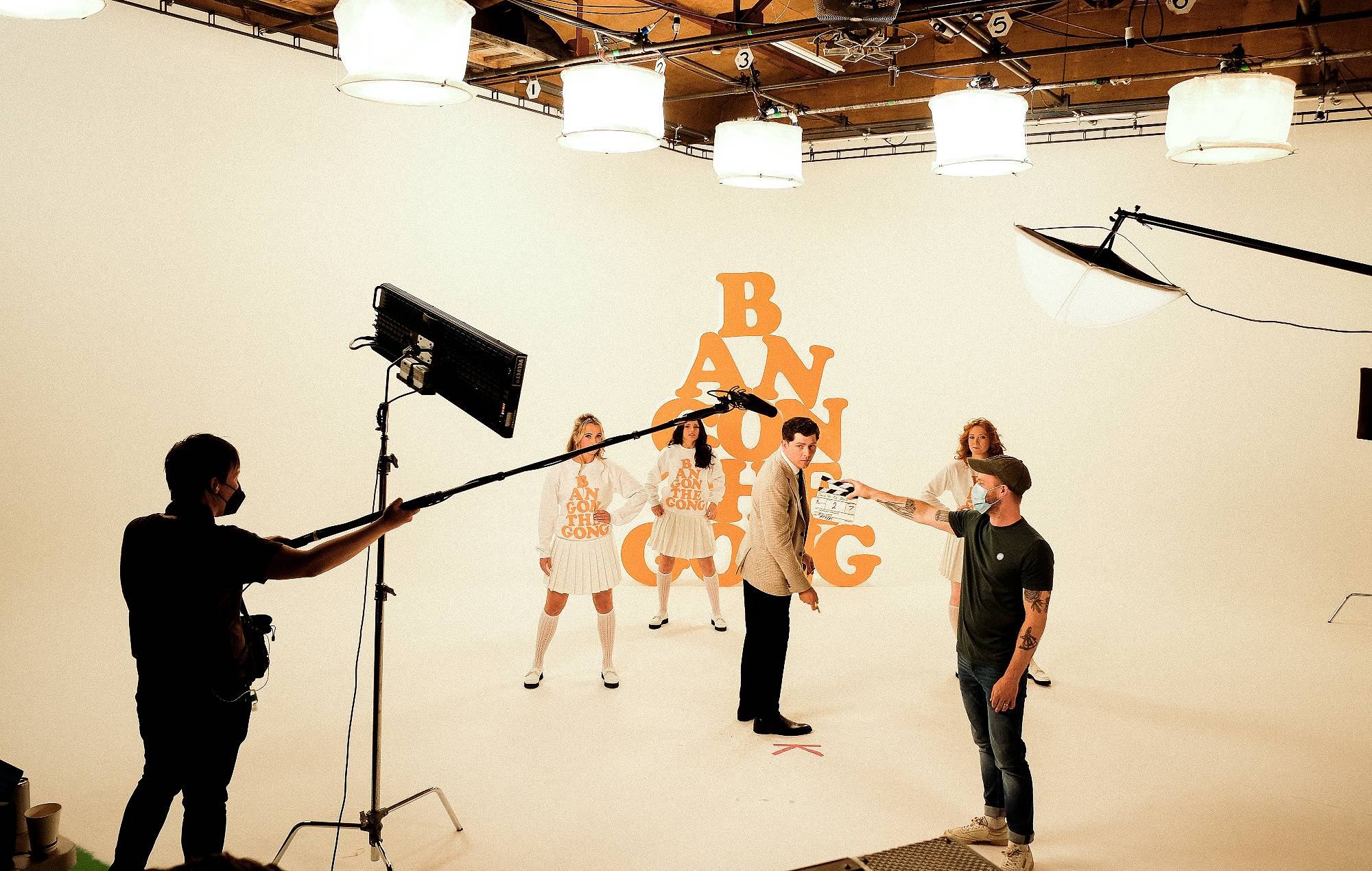 Twin Atlantic have marked their return with their cinematic new Once Upon A Time In Hollywood-themed video for ‘Bang On The Gong’. Check it out below along with some exclusive behind-the-scenes photos.

“For nearly all of our music videos in the past we have always had a video commissioner at our label’s organise directors and production teams for us but this time we made the decision to work with our friends who have promising careers developing in that industry who said they wanted to do it for us,” McTrusty told NME.

“Director Nick Afchain showed us a couple of visuals and we were on-board straight away. I’m such a fan of older movies and the leading man concept that poking some fun at that genre was secretly a dream role for me. I don’t think I’ve been clean-shaven in over 10 years so it was a nice excuse to reveal my cheeks.”

Taking the role of producer, the band’s bassist, Ross McNae, said of the video: “Taking more than a little influence from a recent movie, the possible narrative of our video highlights the fleeting nature of success, while also shining a light on how far we’ve come as a society since those days.

“After 18 months of turmoil is there any other way to play the visuals than to have fun and not take life too seriously?”

News of more new material is expected in the months ahead. Meanwhile, the band’s upcoming tour dates are below.

The post ‘Bang On The Gong’: Go behind the scenes of Twin Atlantic’s new ‘Once Upon A Time In Hollywood’-themed video appeared first on NME.