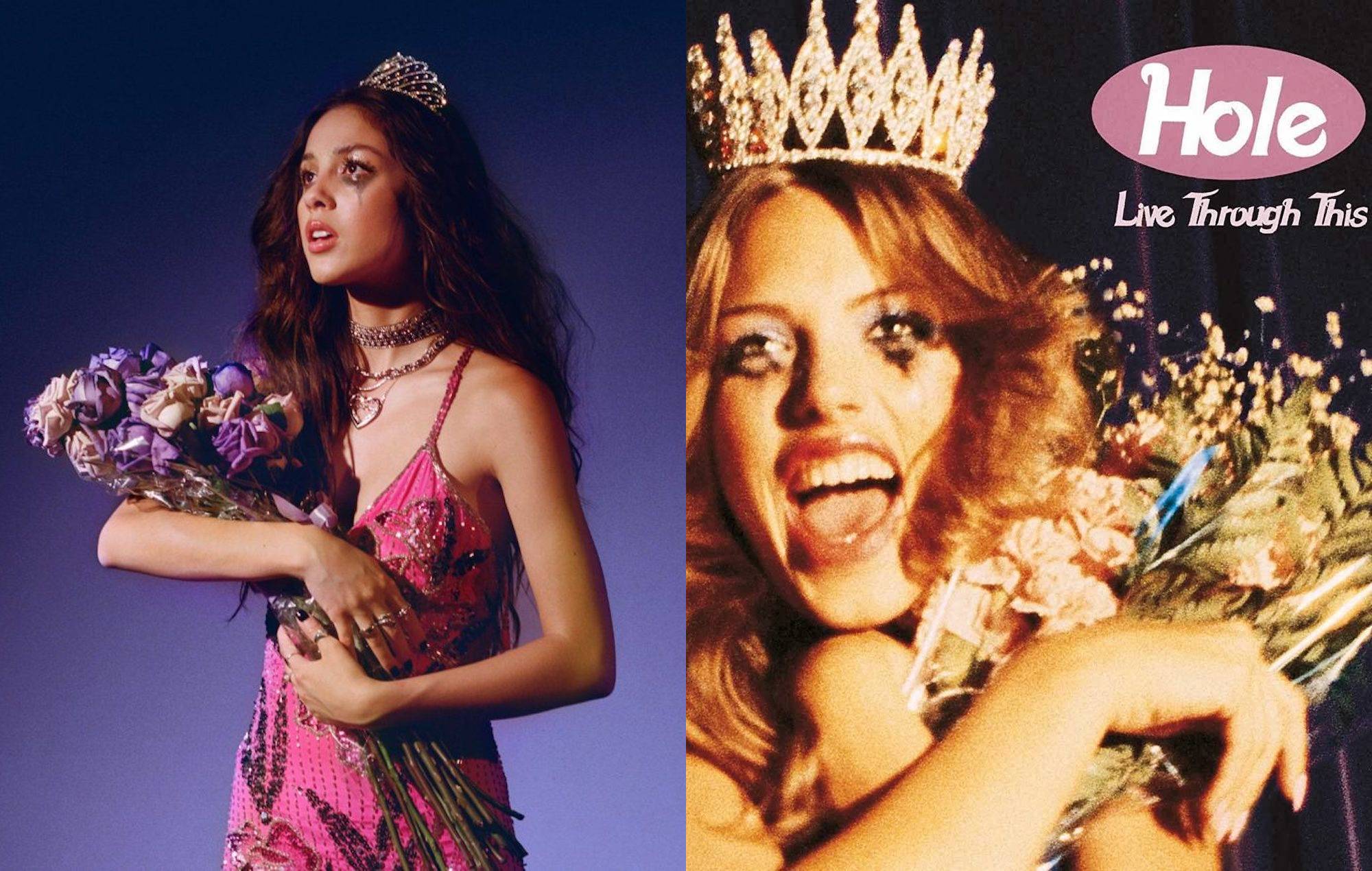 Olivia Rodrigo has responded to Courtney Love‘s recent claim that she copied her band’s album cover.

In June, Love called out the breakout star for the flower-themed cover on her debut album ‘Sour’, hinting at its similarities with Hole‘s ‘Live Through This’ album cover.

In a post on social media, Love shared the photo and wrote: “Spot the difference! #twinning,” tagging Rodrigo.

Commenting on the post, Rodrigo said: “Love u and live through this sooooo much,” to which Love replied: “Olivia – you’re welcome. My favourite florist is in Notting Hill, London! Dm me for deets! I look forward to reading your note!”

Opening up on the exchange with Love in a new interview with GQ, Rodrigo said: “To be honest, I’m just flattered that Courtney Love knows that I exist.”

When Rodrigo didn’t respond to Love’s original request for flowers, the Hole frontwoman claimed she was “rude” for not crediting her.

Rodrigo’s photo also previously gained comparisons to the creative direction of US band Pom Pom Squad, with a now-viral Twitter thread pointing out similarities between the ‘Sour Prom’ photo and a Pom Pom Squad photoshoot, as well as other recent shoots from Rodrigo.

Last month, Rodrigo visited The White House to encourage young Americans to vaccinate themselves against COVID-19.