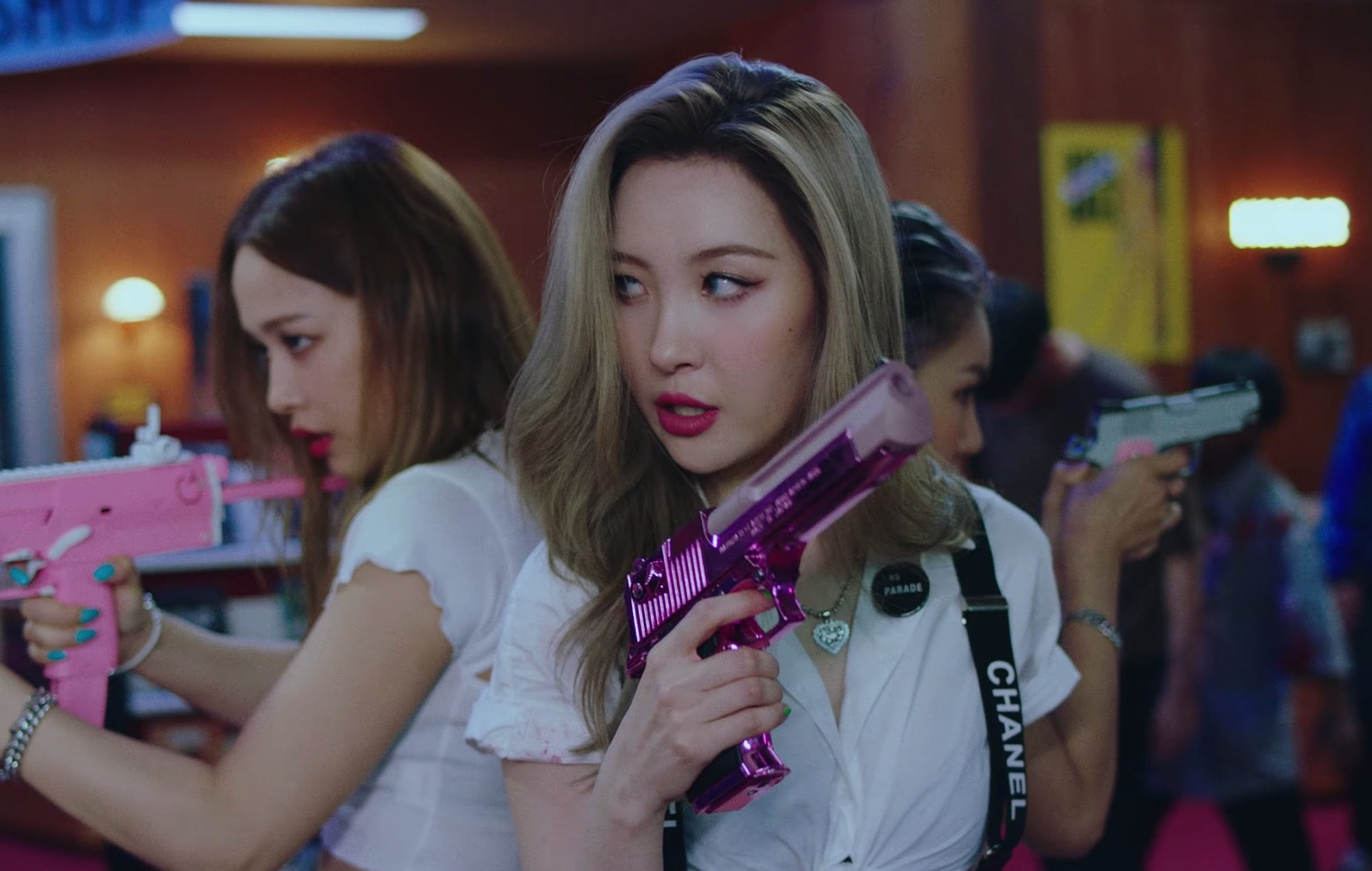 Sunmi has released an action-packed teaser for the music video of her upcoming single, ‘You Can’t Sit With Us’.

Set in a retro-themed DVD rental store, the singer and her friends browse through the shelves before letting out classic horror screams as they spot something frightening off-camera. The clip then cuts to the group in a gunfight against a horde of zombies that have broken into the shop

In another shot, Sunmi stands on top of a car wielding a rifle as zombies swarm beneath her. “Who do you think you are? / You can’t sit with us,” she sings in teaser, hinting at the upcoming song’s distinctively ’80s-inspired sound.

The 29-year-old singer has also released several concept photos for the upcoming release on her social media accounts. ‘You Can’t Sit With Us’ is the title track of her upcoming mini-album ‘1/6’, which arrives this Friday (August 6).

‘1/6’ will be Sunmi’s third mini-album, following 2018’s ‘Warning’ and 2014’s ‘Full Moon’. Earlier this year, the former Wonder Girls member also released the single album ‘Tail’, which featured the title track of the same name and a B-side song called ‘What The Flower’.

Sunmi is also set to appear as a mentor on the forthcoming Mnet reality TV show Girls Planet 999, alongside Girls Generation’s Tiffany Young. In a recent interview with 1st Look Magazine, Sunmi shared that she hoped to emphasise the importance of character to the show’s 99 trainees.

“Having a sense of gratitude, cultivating empathy with other people, and not being arrogant or proud are important things to keep in mind if you want to stay in this business for a long time,” said the industry veteran.

The post Watch Sunmi shoot up zombies in new MV teaser for ‘You Can’t Sit With Us’ appeared first on NME.