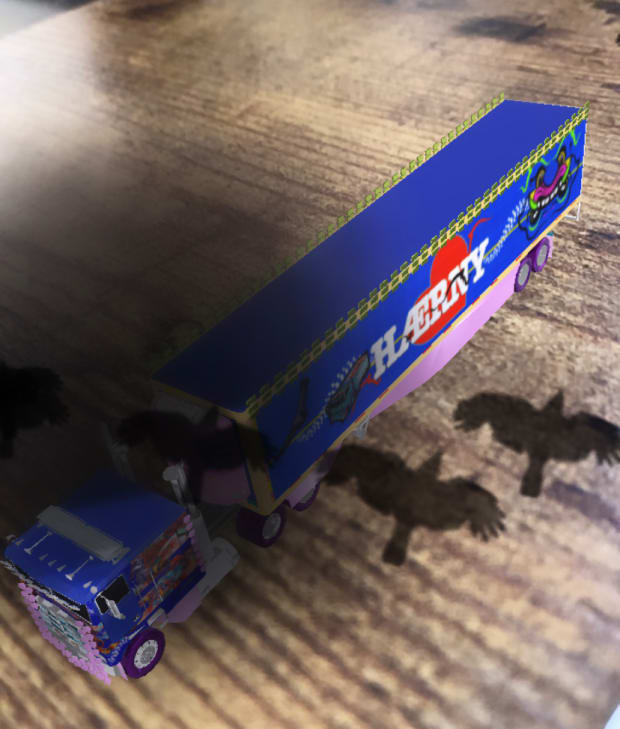 A new website developed for the project features a scannable QR code with a custom Instagram AI filter.

Two of the most innovative producers in electronic music have something special up their sleeves.

RL Grime and Baauer today unveiled a project called HÆRNY, which seems to be a nom de plume for new collaborative music. According to an announcement by the former, the duo are set to drop a new single this Friday, July 30th. They took to social media to share a preview of the track—tentatively titled “Fallaway”—and if the clip is any indication, it sounds like fans can expect a drum & bass banger.

A new website developed for the project tells the fictitious backstory of the alias, which revolves around a “killer truck named HÆRNY.” The site also features a scannable QR code that diverts users to Instagram, where they can capture content with a custom HÆRNY-branded AI filter.

The live debut of HÆRNY, the brainchild of RL Grime and Baauer’s respective record labels, Sable Valley and LuckyMe, will take place at their DJ set at HARD Summer this Saturday, July 31st.

“A machine sparks to life and turns against its makers! Holed up back stage, RL Grime (Henry Steinway) and Baauer (Harrison Rodrigues) must fend for themselves against a killer truck named HÆRNY,” the website reads. “A debut at HARD FEST, July 31st. Be at the Nos Events Centre… or die hærny.”

You can listen to a preview of “Fallaway” below.