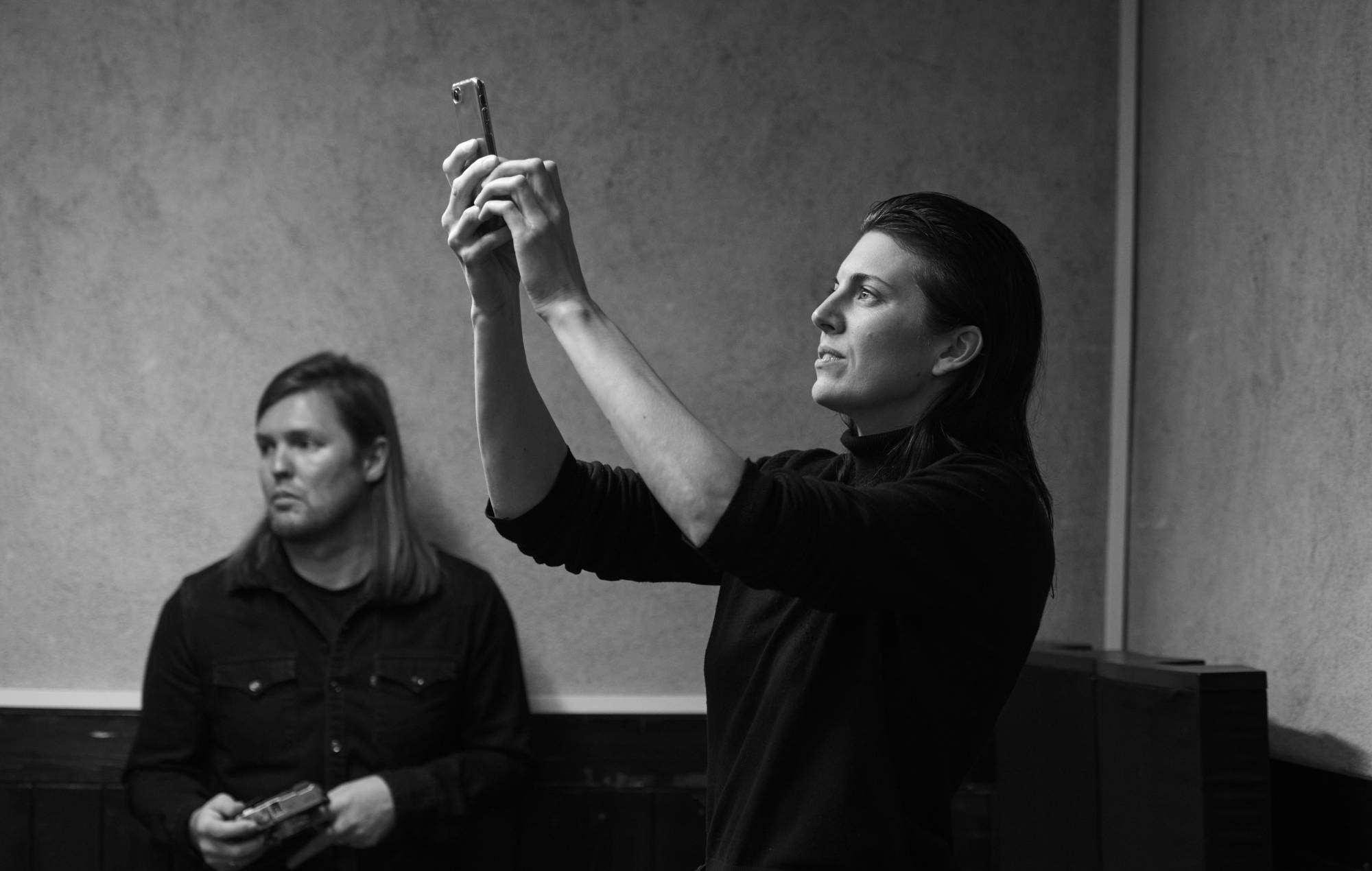 Two members of Band Of Skulls have emerged as new duo Marsden & Richardson to share their debut single ‘Outsider’. See the video first on NME below.

Russell Marsden and Emma Richardson first started writing songs together in their teens after meeting at school in their Southampton hometown, before forming Band of Skulls 17 years ago with drummer Matt Hayward and creating five acclaimed studio albums together.

Now, the pair have temporarily stepped away from Band of Skulls to focus on a new musical project they’ve been dreaming about since their earliest songwriting days, with the first taster arriving today.

“’Outsider’ is a song about strength, vulnerability and identity,” said the duo. “It’s about losing yourself and finding yourself anew, and that self being stronger than you imagined. It was inspired by the many great women artists who have consistently gone against the grain to follow their passion.”

They continued: “This is the song that evolved the most in the recording process for The Marsden & Richardson album. It began as a raw guitar and vocal demo and quickly changed into a brooding and epic widescreen piece, layered with drums and a pulsating baseline.”

While the new project is separate to but very much “running alongside” Band Of Skulls, Richardson explained how their work as a  duo “celebrates our own songwriting partnership” and draws on a more melodic, stripped back, tender and atmospheric sound.

“We wanted to look back to those simpler times, records with just a strong songwriting duo like Nancy and Lee, Simon and Garfunkel,” Richardson said. “They sort of created their own self-titled, self-contained kind of sonic world and we wanted to do that with this.

She added: “We’re very proud of these songs and we hope they stand up for us forever. If someone wants to know what we can really do when writing a song, these songs should be the place to look. We’re so proud of everything we’ve achieved.”

News of Marsden & Richardson’s debut album is expected in the months ahead.