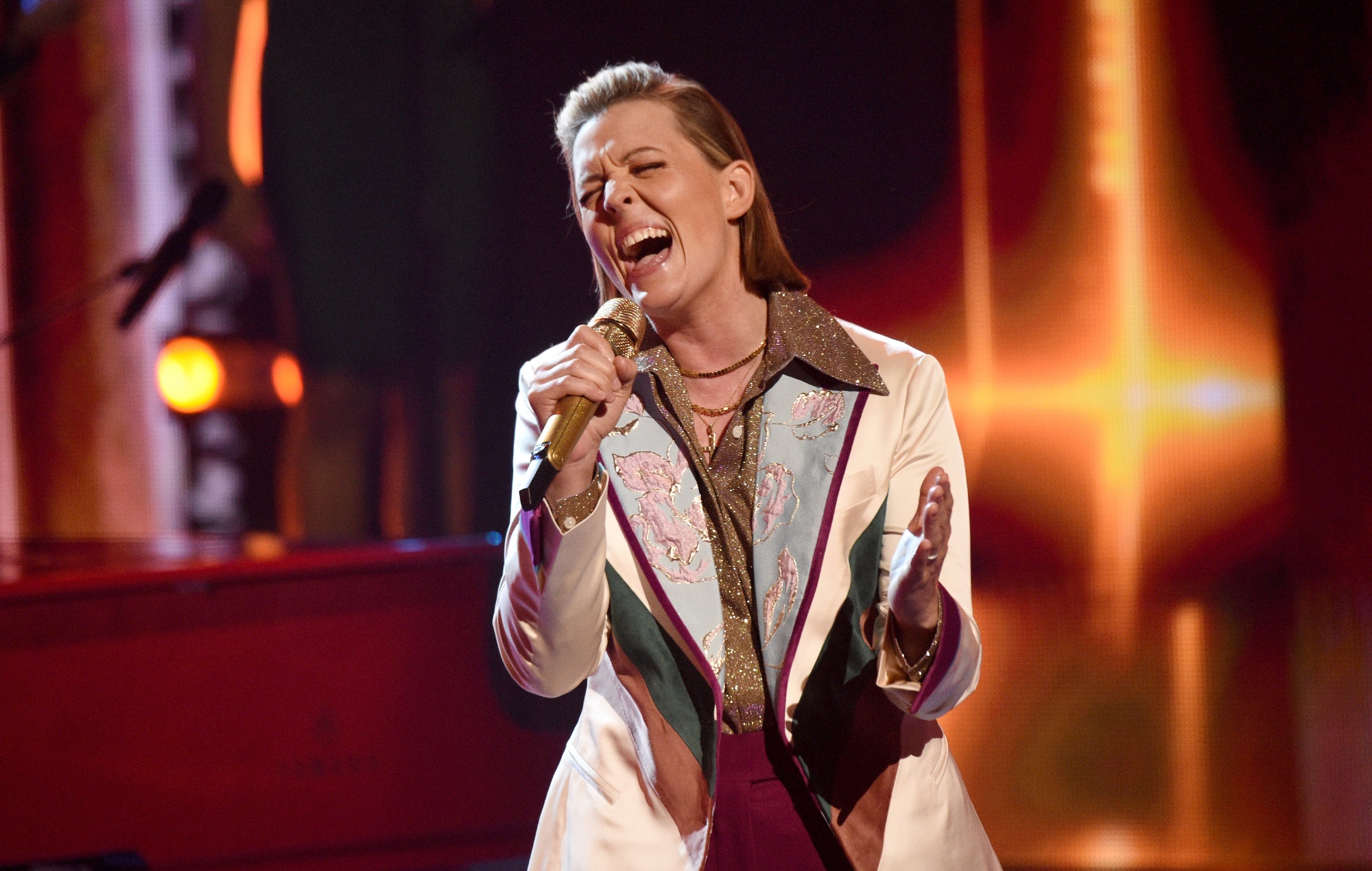 Brandi Carlile has delivered her first stadium performance since announcing news of her seventh studio album, ‘In These Silent Days’.

Carlile played cuts from the album live at Forest Hills Stadium in Queens, New York on Friday (July 23). She was joined on stage by Shooter Jennings who, along with Dave Cobb, produced her last album ‘By The Way, I Forgive You’, back in 2018.

According to Rolling Stone, the set list ranged from classics ‘The Joke’ and ‘The Mother’ to a cover of Elton John’s ‘Rocketman’. The latter featured cameos from longtime bandmates Phil and Tim Hanseroth, who also joined Carlile in performing her lead single ‘Right On Time’ and a cover of Simon and Garfunkel’s ‘The Sound Of Silence’.

Watch fan footage of performances of ‘Right On Time’, ‘Rocketman’ and ‘Sound Of Silence’ below:

This performance marks the first instance of Brandi Carlile playing ‘Right On Time’ to a live audience, with the track first being debuted earlier last week during The Tonight Show With Jimmy Fallon. It also comes accompanied by a music video directed by Friends star Courteney Cox.

‘In The Silent Days’ is slated for release October 1 and was recorded at Nashville’s historic RCA Studio A.

Speaking of the album, Carlile said: “This album is what drama mixed with joy sounds like…It’s resistance and gratitude, righteous anger and radical forgiveness. It’s the sound of these silent days.”

Last month, Ed Sheeran dedicated a rendition of Elton John’s ‘Tiny Dancer’ to Friends star Lisa Kudrow, on which he was joined by John, Courteney Cox and Brandi Carlile.