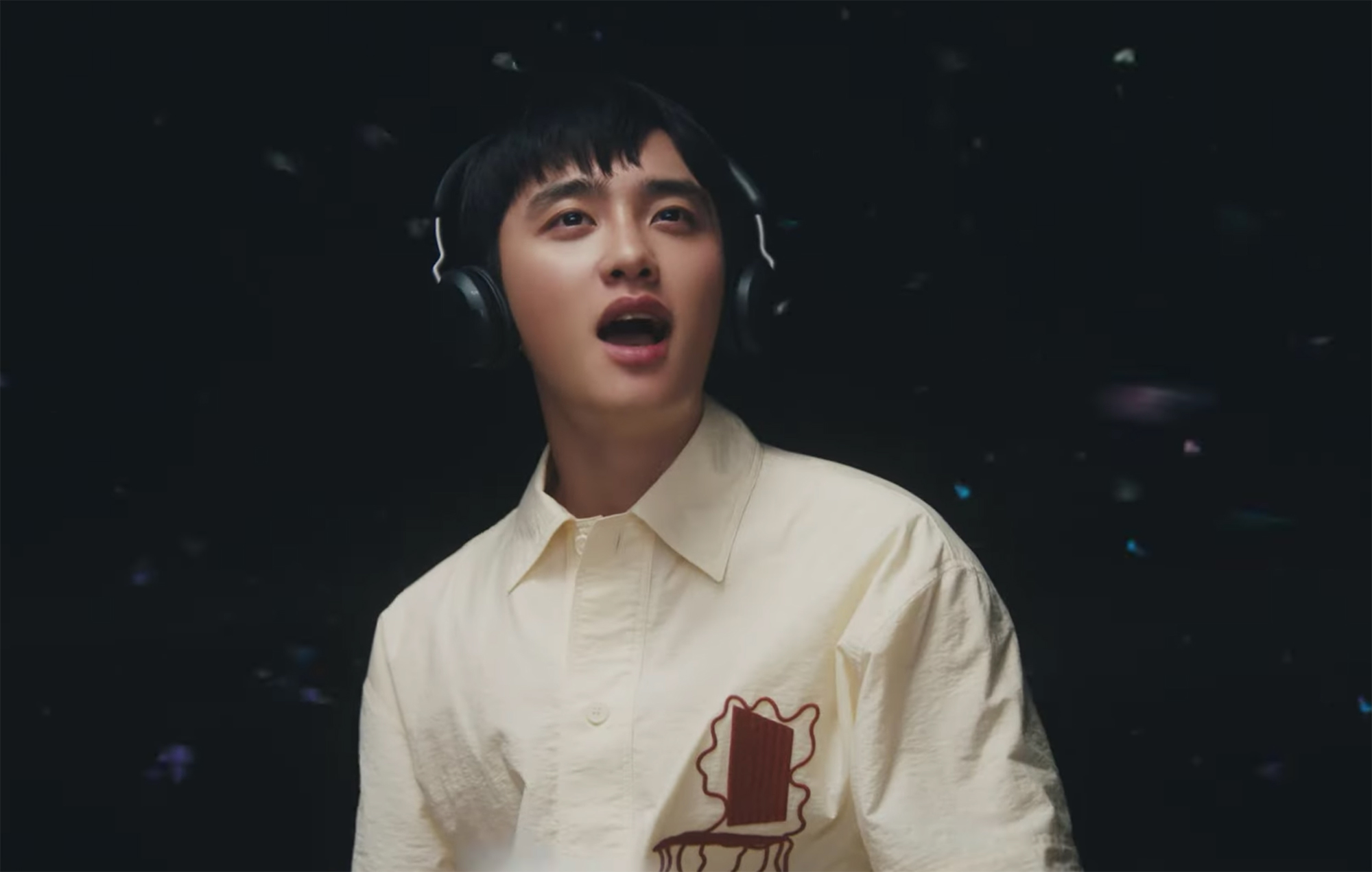 D.O. of K-pop boyband EXO has released a music video for ‘Rose’, the lead single from his newly released solo album ‘공감 (Empathy)’.

In the vibrant clip, which features colourful animations, a lovestruck D.O casually goes about his day, successfully dodging various mishaps and disasters as he daydreams about his lover. “You’re like a spring day, pretty and I love it / Thinking what I can do to make you come to me,” he sings over the plucky, acoustic guitar melody.

‘공감 (Empathy)’, which dropped in full today (July 26), also features seven other songs, including a collab with rapper Wonstein on the track ‘I’m Gonna Love You’. An English-language version of ‘Rose’ is also included on the tracklist.

According to South Korean news outlet Yonhap News Agency, ‘Rose’ was self-penned by D.O and depicts a “fresh love story”.

The project marks the singer’s first album as a soloist, nine years into his career with EXO. The K-pop star had previously released the song ‘That’s Okay’ for SM Entertainment’s ‘SM STATION’ project in 2019, as well as contributed tunes to the soundtracks of several South Korean television dramas.

D.O and his groupmates EXO recently made their long-awaited comeback with a futuristic music video for ‘Don’t Fight The Feeling’, the lead single from their special album of the same name. It also marked their first comeback to feature D.O. and fellow member Xiumin, since they completed their mandatory military service.

In a glowing four-star review, NME’s Natasha Mulenga praised EXO’s new single for its “uplifting vibe” in the age of COVID-19. She also called the five-track project a “seamless transition into the next phase of the boyband’s journey”.