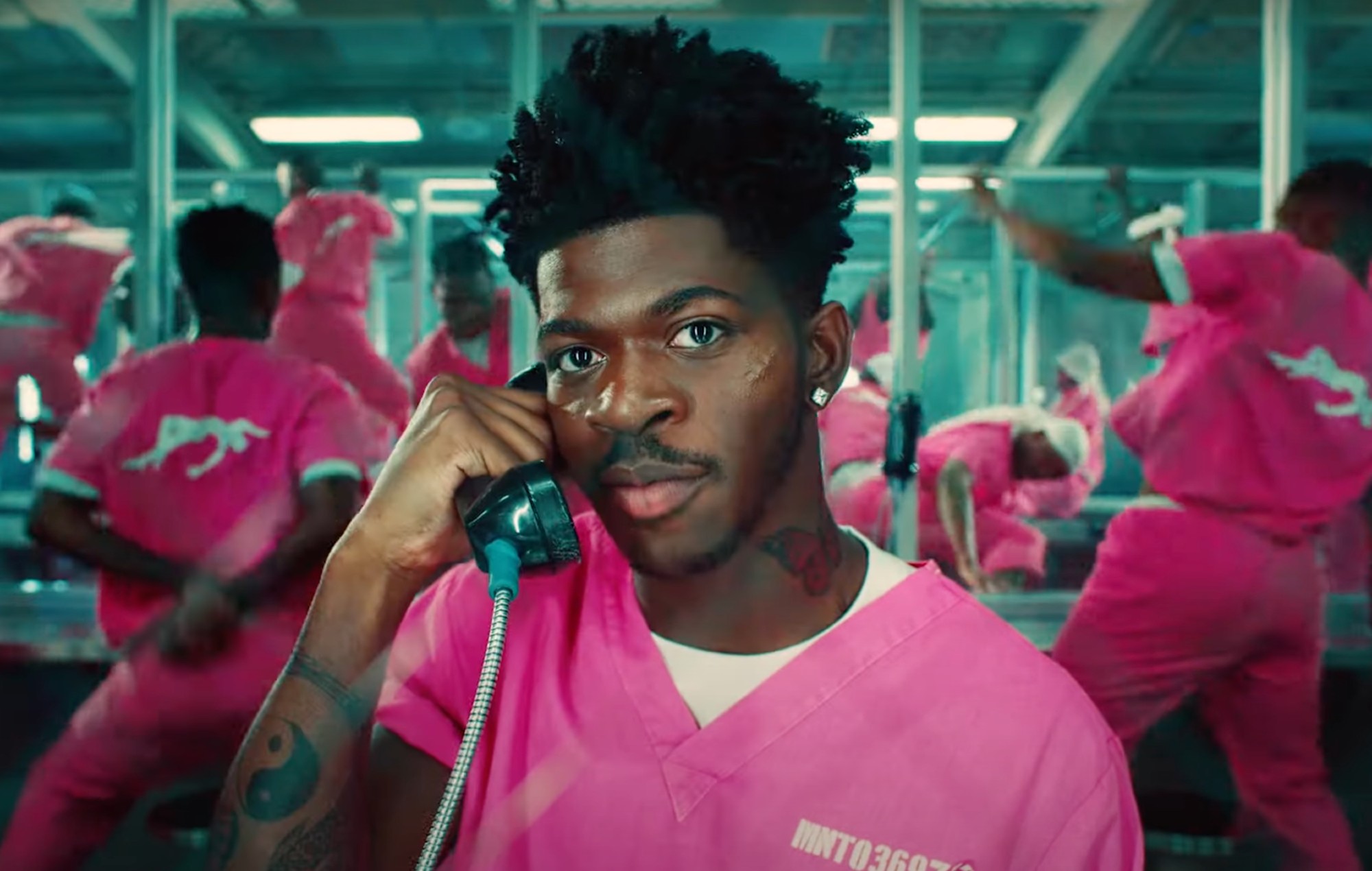 Lil Nas X has delivered his third single of the year today, teaming up with Jack Harlow for the long-teased ‘Industry Baby’.

The single, with production from Kanye West and Take A Daytrip, has also come with a colourful music video which sees Lil Nas X in prison.

Opening with a guilty sentence in court, following on from a previously released skit in which the rapper satirises his Nike trademark infringement case.

The video – which Nas X had previously described as not appropriate for kids – then sees the rapper plot his escape from prison, including scenes where he dances naked in the shower, punches a security guard watching the video for ‘Montero (Call Me By Your Name)’ and speeds away in a stolen police car. Jack Harlow raps in the back of a car, after miraculously surviving an electric chair.

In addition to the release of the single and video, Lil Nas X has opened the ‘Bail X Fund’ in conjunction with The Bail Project, in an effort to end cash bail.

“Music is the way I fight for liberation. It’s my act of resistance,” the rapper said in a statement.

“But I also know that true freedom requires real change in how the criminal justice system works. Starting with cash bail.

“This isn’t just theoretical for me. It’s personal. I know the pain that incarceration brings to a family. And I know the disproportionate impact that cash bail has on Black Americans.”

The Bail Project describe cash bail as, “one of the key drivers of mass incarceration and structural racism in the U.S. criminal legal system”.

The release of ‘Industry Baby’ comes shortly after Lil Nas X penned an open letter to his younger self, writing “i need you to keep going”.

“i know sometimes you feel like it’s all downhill from here,” Nas X wrote.

“i know your sexuality has made you feel like an outcast amongst your peers. i know going from having the biggest song in the world to being trapped in your apartment is weighing heavy on you.”

Earlier this year, Nas X teased his debut album ‘MONTERO’ with a Marvel-style blockbuster trailer. It is currently unknown when the album will be released.