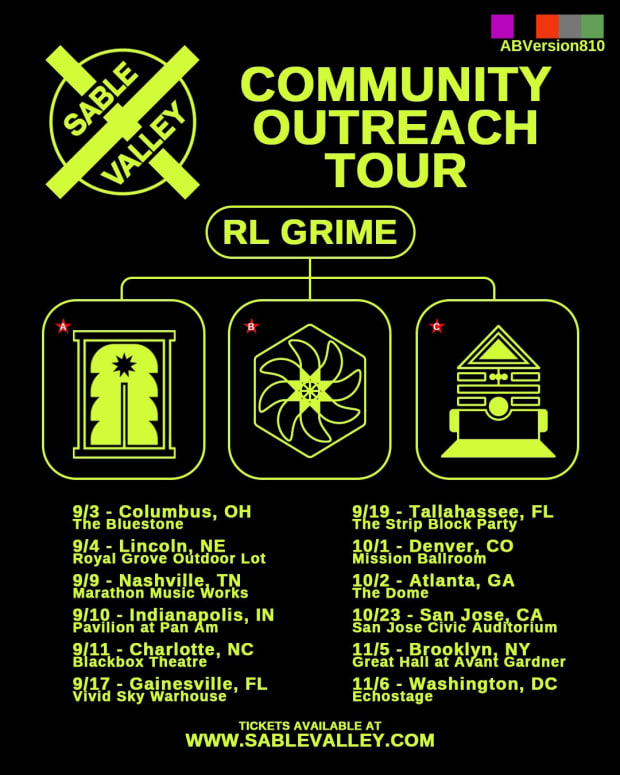 Fresh off the launch of his 2021 Las Vegas summer residency, trap and future bass star RL Grime is set to hit the road on a North American tour this fall.

The Sable Valley boss today announced the tour, dubbed “Community Outreach” and branded to his flagship record label. It’s scheduled to kick off in September in Columbus and hit a number of major cities along the way, including Nashville, Denver, and Atlanta. Grime will tie a bow on the tour in spectacular fashion with two landmark shows: one at Brooklyn’s famed Avant Gardner on November 5th and another the following night at Echostage in the nation’s capital.

Check out the flyer and full list of dates below.

Fans can also expect a number of emerging bass music artists to support the tour, most likely those who have released on Sable Valley, such as Julez, ISOxo, and Ninajirachi. However, while he did say in a tweet that he’ll be “bringing friends” along for the tour, the DJs are yet to be announced at this time.