Skrillex Hits the Studio With Thys of NOISIΛ 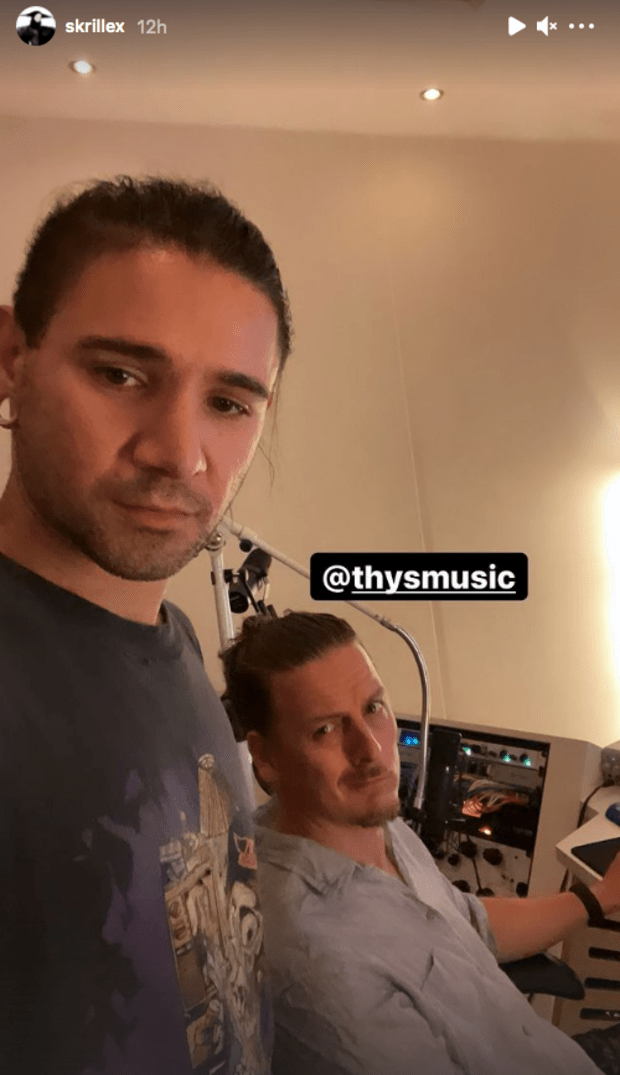 The studio session follows the release of “Supersonic (My Existence).”

Skrillex has enough unreleased music in his hard drive to make even the most encyclopedic audiophiles swoon.

The latest dream collaborator to join the dubstep legend in a studio session is Thys, a member of the fabled electronic music trio NOISIΛ. Skrillex took to social media to share a photo of the two working on new music, as well as a video that did not contain sound.

The post arrives nearly a month after the release of their collab “Supersonic (My Existence),” which Thys said was created around 2010, when they “made a lot of music together.”

Thys joins a slew of major artists to work on music with Skrillex over the course of the last year, including Justin Bieber, Top Dawg Entertainment artist Zacari, and Mike Einziger of Incubus, among others.

Skrillex recently ended a long hiatus from releasing original music as he prepares for his hotly anticipated sophomore album. He set the dance music world ablaze in May with his Four Tet and Starrah collab “Butterflies” (and a shirtless picture) before returning a mere three days later with “Too Sick,” a pop-punk track with Siiickbrain and Swae Lee of Rae Sremmurd. Then came the long-awaited “Supersonic (My Existence),” followed by the reggaeton-house hit “In Da Getto” with J Balvin.

Skrillex and Thys are longtime friends and creative collaborators. They famously joined forces in February 2020 for a show at the Dutch nightclub OOST, where they performed a riveting breakbeat and techno set. Take a listen below.