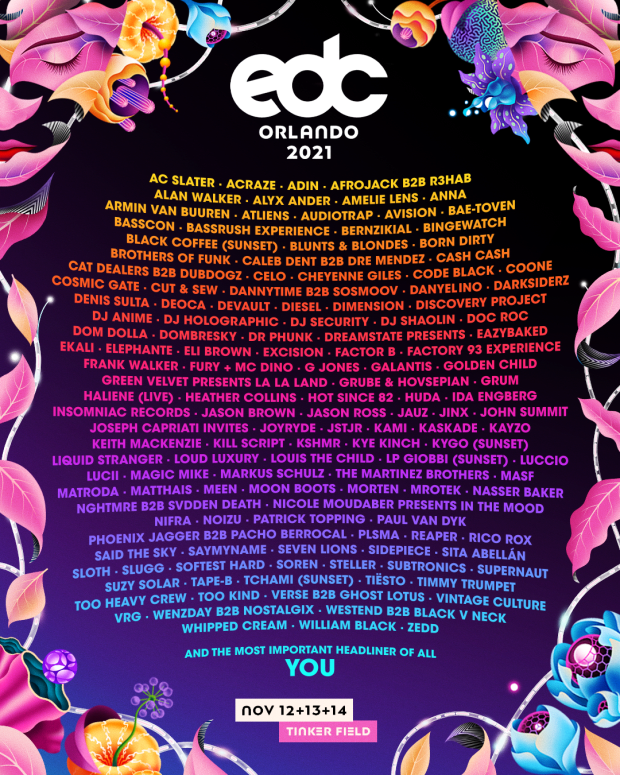 The festival will take place at its usual venue, Tinker Field.

When Insomniac has something to celebrate, they pull out all the stops. For the 10th anniversary of EDC Orlando, they’ve announced one of their biggest lineups yet.

Featured on the bill are some of the most popular electronic music artists in the world, such as Kaskade, Excision, Zedd, Galantis, and Kygo, among many others. Insomniac Records, Factory 93, Dreamstate, Basscon, and Bassrush will all be curating their own time-slots, making this edition of EDC Orlando an absolute treat.

Attendees will also be excited to see Dimension, Hot Since 82, Said The Sky, Dom Dolla, Shaquille O’Neal (a.k.a DJ Diesel), and more. Coming off a full year’s delay, this lineup is more than enough to keep fans happy.

The festival is set to take place November 12th through 14th at Tinker Field. Tickets for EDC Orlando are still on sale and you purchase them here.