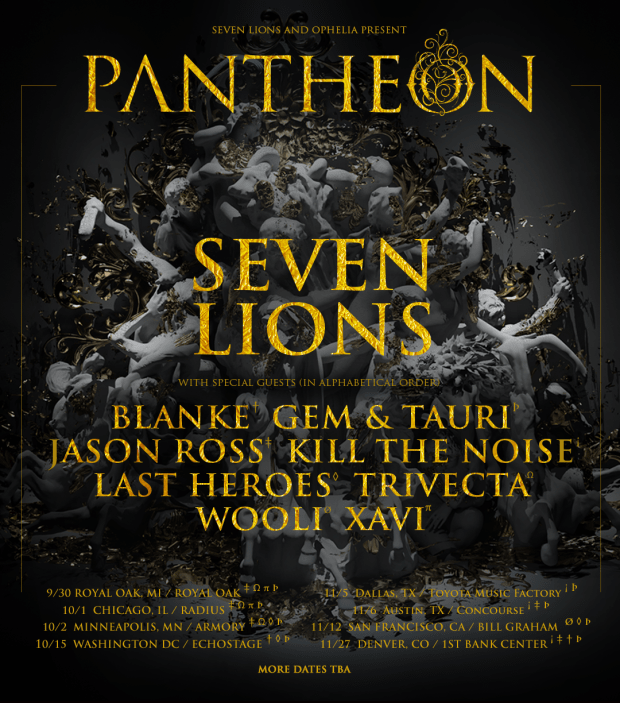 Au5 will also be releasing his debut single on Seven Lions’ flagship label this Friday.

To round out a remarkable year of releases on his venerated Ophelia Records imprint, Seven Lions has tapped a handful of label favorites to join him on the road this fall.

The tour, dubbed “Seven Lions and Ophelia Present: Pantheon,” will feature the likes of Jason Ross, Kill The Noise, Last Heroes, Trivecta, Wooli, Xavi, Gem & Tauri, and EDM.com Class of 2021 artist Blanke. Tour dates span all across the United States including California, Texas, and Colorado, with more set to be announced soon.

Alongside the announcement of the tour comes the news that Au5 is scheduled to release his debut single on Ophelia Records this Friday. The track is titled “The Paper Owl” and will feature Arehlai. You can pre-save it here.

Tickets for “Seven Lions and Ophelia Present: Pantheon” will go on sale Friday, July 16th at 10AM local time.