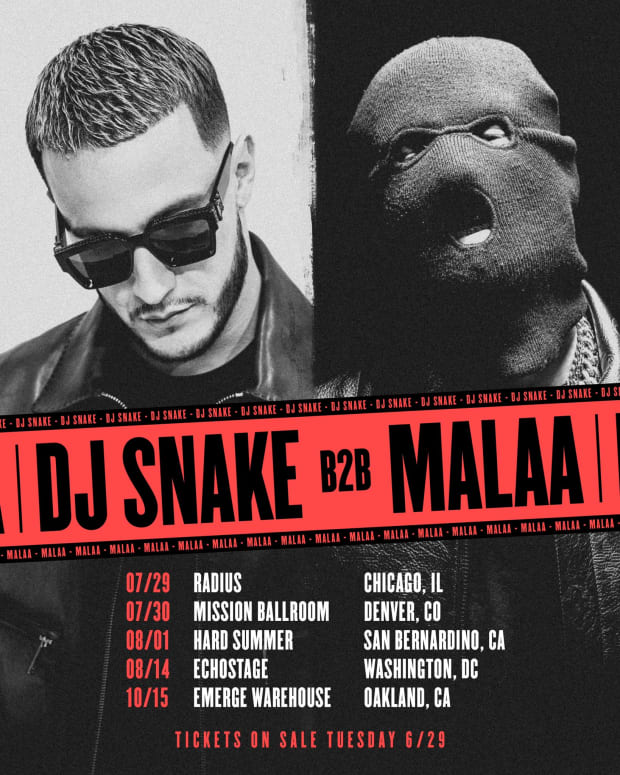 A dark, high-octane party-starter is on the way from the French electronic music stars.

Fresh off the announcement of a collaborative tour, DJ Snake and Malaa are reuniting on the music production front for a brand new track.

The former teased a clip of a new tune tentatively called “Ring The Alarm,” recorded during a recent DJ set at La Clairière in Paris. If the snippets that have been shared on social media are any indication, the unreleased song is a dark, high-octane party-starter. The Pardon My French collaborators produced a menacing house track with a barrage of synths and a chugging bassline, perfect for nightclubs.

Check out Snake’s preview below.

The longtime friends recently announced they will be hitting the road on a North American mini-tour, which kicks off on July 29th in Chicago and will end on October 15th in Oakland. In between they are poised to throw down a massive set at the highly anticipated return of HARD Summer in Southern California.

As of this publication, no official release date has been announced for “Ring The Alarm.”