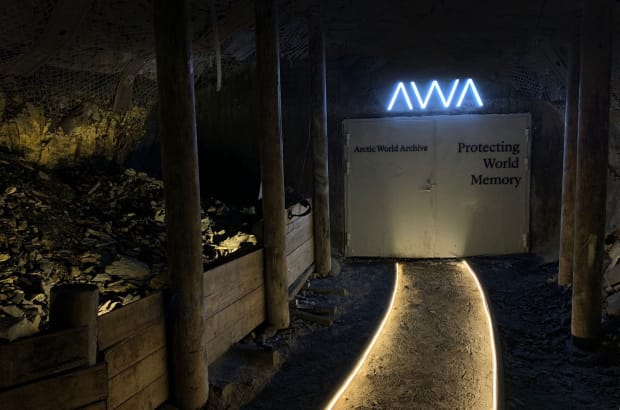 The vault is said to be able to withstand ice and snow at a depth of 1,000 feet underneath the frigid Svalbard archipelago.

Elire Management Group sure thinks so. According to Billboard, the Oslo-based company is developing “a doomsday vault” on an arctic island between the North Pole and Norway. Dubbed the Global Music Vault, the repository is said to be able to withstand ice and snow at a depth of 1,000 feet underneath the frigid Svalbard archipelago.

The vault is meant to safeguard what Elire deems to be the world’s most important musical works, such as historic Australian Indigenous music and legendary tracks by the Beatles. They’ve partnered with the Paris-based International Music Council to figure out the “most precious and loved” music to preserve, but an Elire exec indicated that the public will also have a say.

“We don’t want to just protect a certain genre and certain era,” said Luke Jenkinson, Managing Director of the Global Music Vault and Managing Partner at Elire. “We want the nations and regions of the world to curate what music gets deposited.”

According to the website belonging to Piql, the vault’s developers, Svalbard is an ideal location due to its remoteness, which offers “cool, dry permafrost conditions” that “increase the longevity of the stored data.”

Piql claims that their technology can protect the vault’s contents for 1,000 years while being able to endure electromagnetic pulses from a nuclear explosion, a disaster that could permanently corrupt digital files. The tech was created using binary coding and high-density QR codes written onto special durable optical film, according to Billboard.

“Designed to withstand natural and man-made disasters, in the safest location on earth, data stored here will last for centuries,” Piql’s site continues.

You can read more about the Global Music Vault, which is scheduled to debut in spring 2022, here.