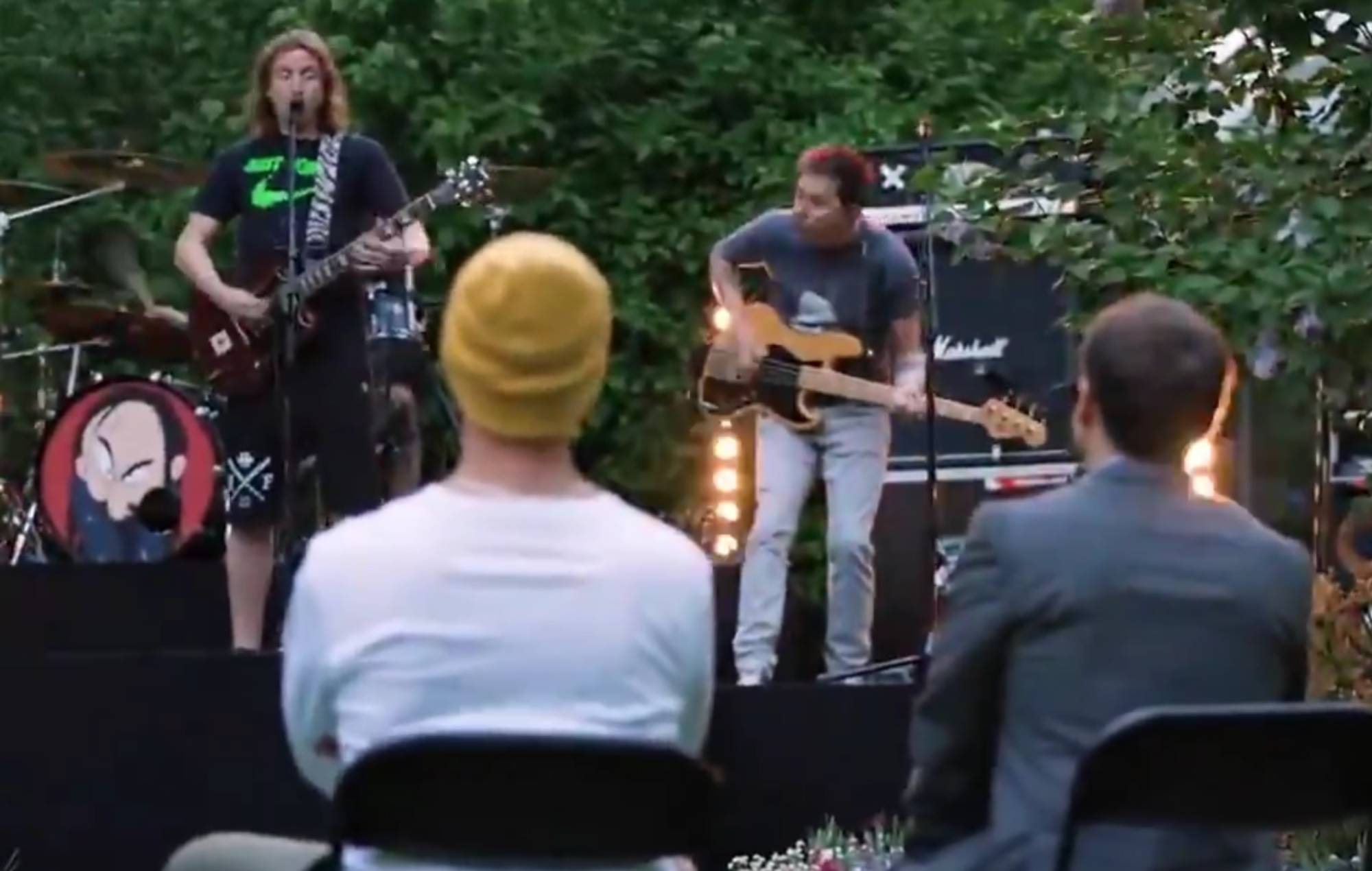 French President Emmanuel Macron was treated to a performance by grindcore band Ultra Vomit at the Élysée Palace, after a pair of YouTube celebrities won his coronavirus safety video challenge.

Macron issued the challenge to McFly and Carlito, who are well known internet personalities in France, to make a video promoting lockdown safety – with the promise that they would be invited to film on the prestigious grounds if the video reached 10 million views.

After their music video surpassed the goal – which currently stands at just over 15 million views – Macron invited the pair to the Palace, where they spoke with the president inside the residence before heading outside to watch metal four-piece Ultra Vomit.

Watch the clip of Ultra Vomit performing a snippet of the French national anthem, before moving onto their unique take on French lullaby ‘Une Souris Verte (A Green Mouse)’ in front of a bewildered Macron, as well the successful pandemic safety video below.

According to Reuters, Macron’s approval rating has gone up eight points to 51% among French citizens 18 to 24, compared to an overall rating of 40% among adults of all ages.

It’s not Macron’s first brush with the music world, after the President met with Rihanna in 2017 to talk about global education.

Rihanna is the global ambassador for Global Partnership for Education as well as founder of the Clara Lionel Foundation, a nonprofit organization that funds education and health programs for impoverished communities across the globe.

The singer was snapped with the French President and First Lady, later telling reporters that the meeting was “incredible,” adding that the couple were “incredibly welcoming.”

She later tweeted, “Thank you Mr. President @EmmanuelMacron and Madame First Lady for the incredible meeting and passion for global and girls education!”